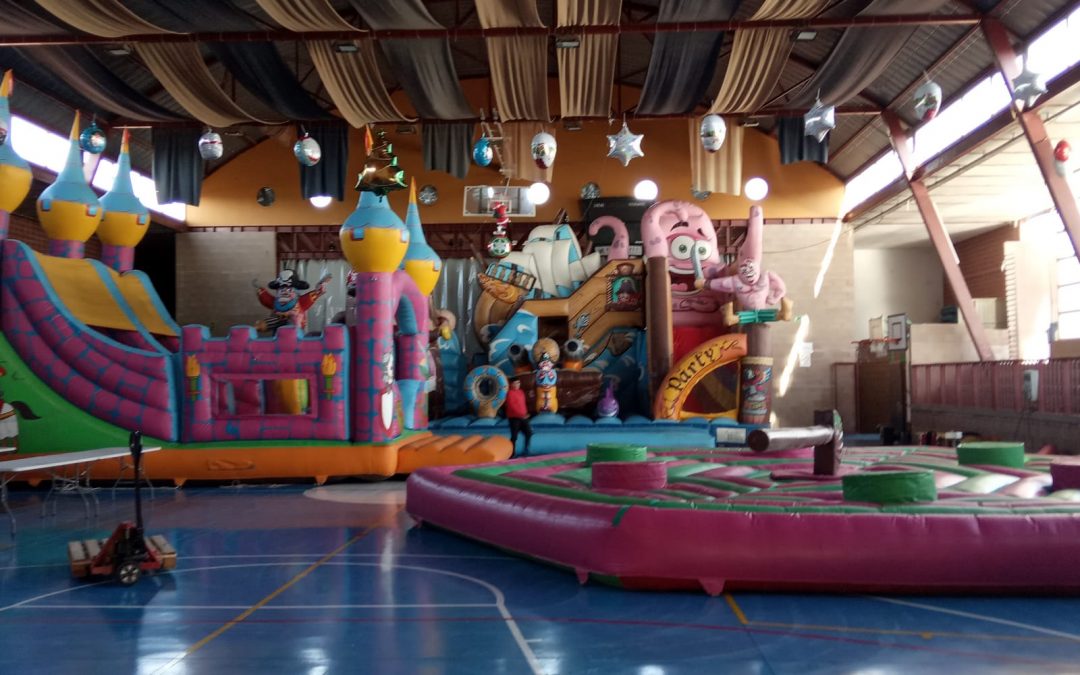 About the 22nd edition of the Christmas Park Cervera

Friday 27 December opened the doors of a new edition of the traditional Christmas Park organized by the Town Council of Cervera multipurpose hall. 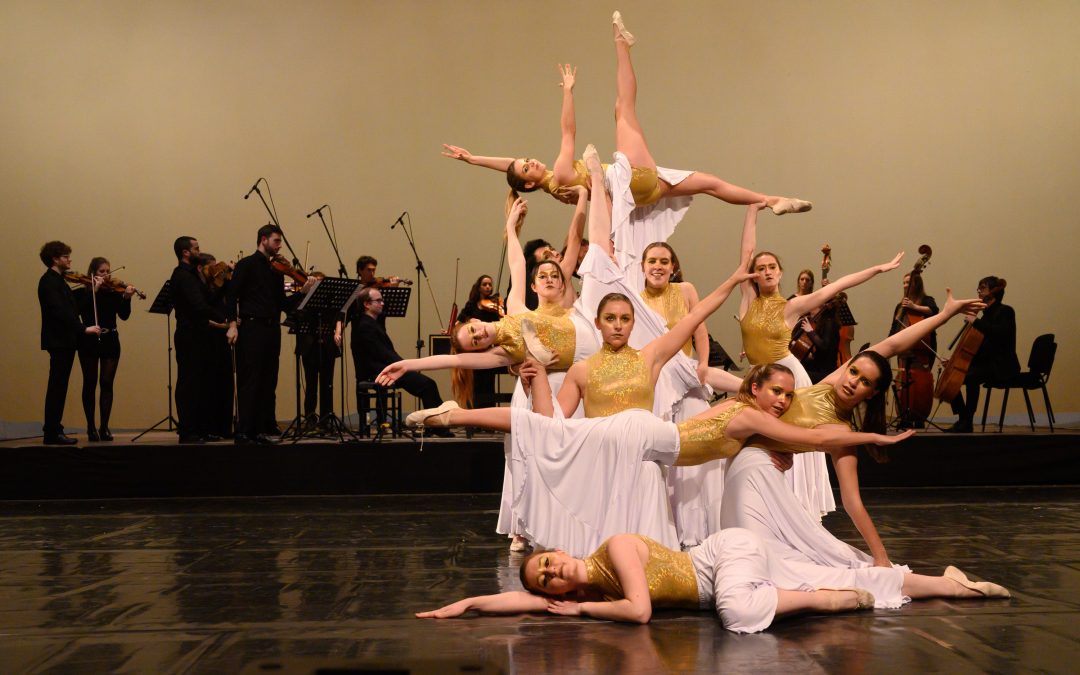 Cervera closes the year of the cultural capital the show #Bachendansa, he has filled the Grand Theater of the Passion

The event, which took place Saturday 21 December, was chaired by the Minister of Culture, Vilallonga Mariàngela, and has also served to highlight the capital of El Vendrell, which will be the year 2020. 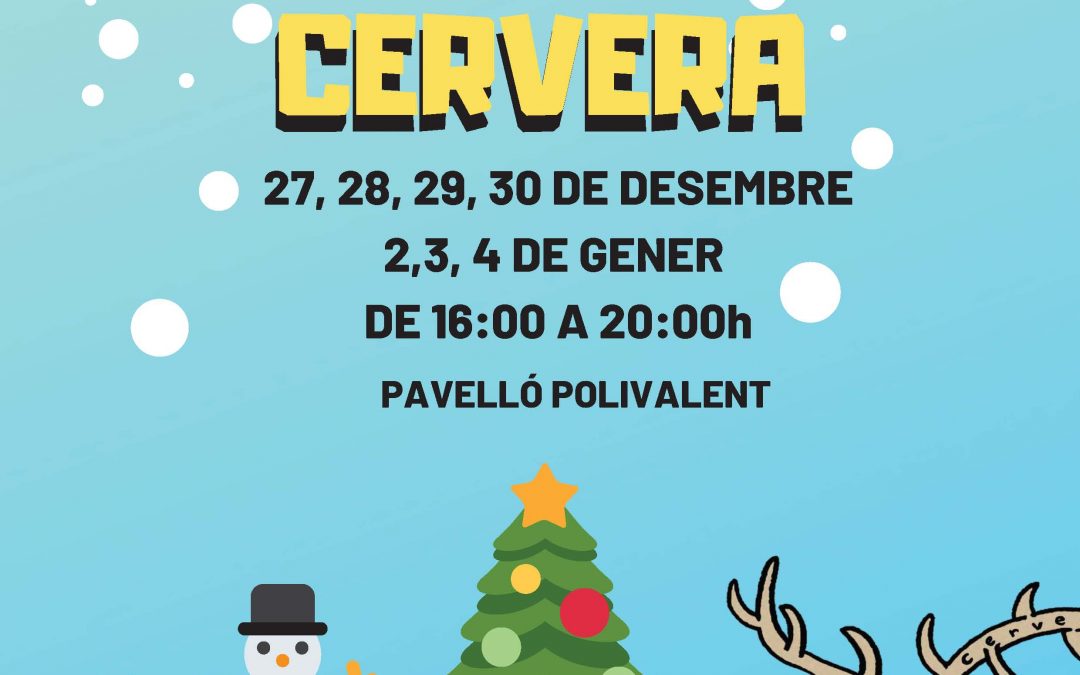 About the 22nd edition of the Christmas Park Cervera

Friday 27 December opened the doors of a new edition of the traditional Christmas Park organized by the Town Council of Cervera multipurpose hall.

The management of space activities and monitoring provided by the Sports Council of Segarra.

Park Christmas is installed·multipurpose pavilion and installed a marquee attached to the parking. 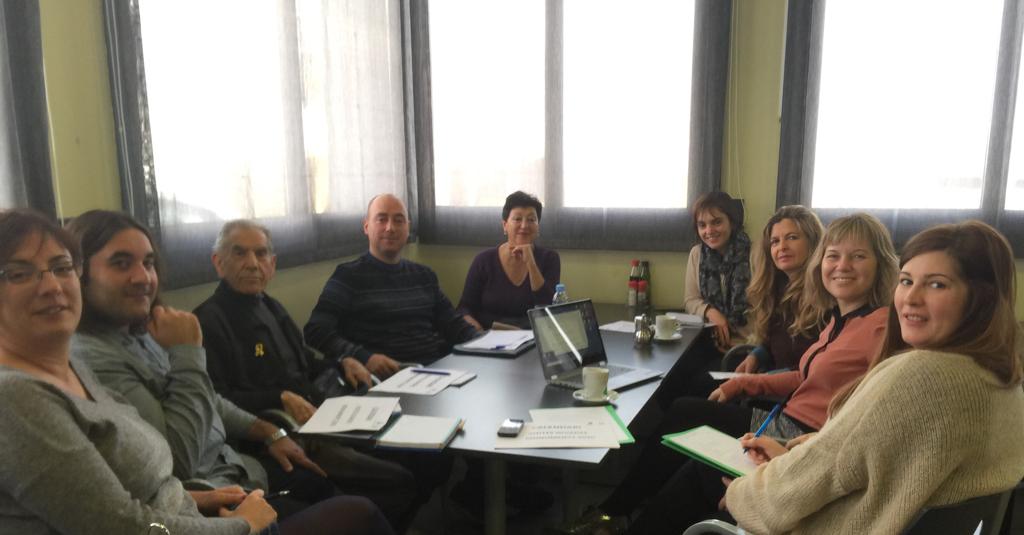 Meeting of the Town Council with tourist guides Cervera

At the meeting, held Tuesday 17 Tourist Reception Center (CAT), Data were evaluated and tourist activities this year 2019, dealt with new proposals for tours next year and organized work schedules.

The assessment of the meeting is very positive that the Town Council of Cervera and the Association of Heritage Interpreters were shared his concerns and challenges of tourism in the city. From now on, the two sides have established that these meetings will continue every three months.

Heritage Interpreters Association is an organization of Cervera City, chaired by the historical guide Armand Forcat, responsible for carrying out guided tours, by its associated guidelines.

Cervera offers visitors a total of eight guided tours, for which the year 2018 they received over 200 reserves and was attended by more than 8.000 people. You must add the monuments tours offered on Saturday mornings at the University and in the church of Santa Maria, special itineraries organized by the Department of Tourism throughout the year, Theatrical visits and night visits to the University in the summer. These initiatives brought together a total of 10.120 people in 2018.

Data tourist 2019 will be published during the month of January 2020.

Notably Cervera is establishing itself as one of the main destinations of cultural tourism in Catalonia. 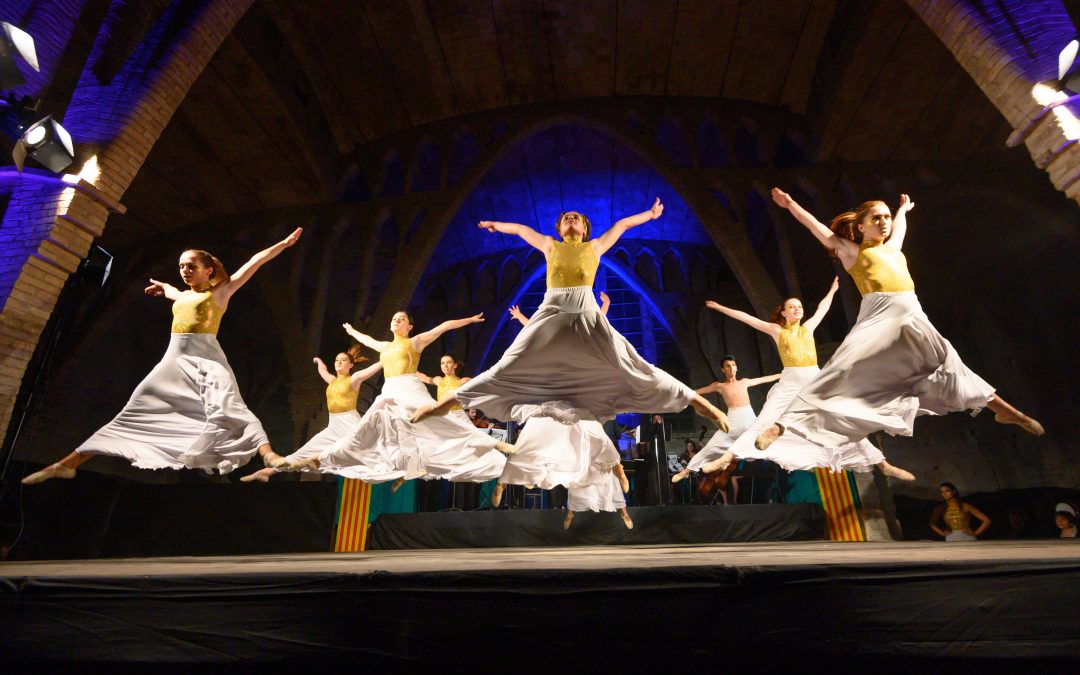 The Grand Theater will host the Passion, Saturday 21 December, them 20 hours, “#Bachendansa”, show that combines Baroque music and contemporary dance that will close the acts of Cervera Catalan Capital of Culture 2019.

The show comes from the joint work of two cultural institutions of the territory: Youth Dance Company School Montse Esteve and the Chamber Orchestra of Catalonia Interior, musical direction of Jordi Spanish.

'The Brandenburg Concertos No. 3 5 'by Johann Sebastian Bach are the basis of the work, that premiere last summer Guissona and Sant Guim de Freixenet, and now presents the Grand Theater of the Passion of Cervera. '#Bachendansa' represents the spirit of cultural capital, already committed to reinforce concepts such as territory, own production, multidisciplinary and contemporary dialogue.

A new feature of the performance this Saturday, “#Bachendansa” by incorporating a visual art piece and some of the unique events held throughout the year. At work, Recorded and directed by Marc Spanish and script ofAlba Granell, grouped concepts like territory, tradition and culture. This way, the viewer can relive and recall, from a poetic point of view, visual and symbolic, A year full of cultural initiatives and proposals that have been starring in the capital of Segarra.

At the closing ceremony of Cervera Capital of Culture 2019 will be attended by the Minister of Culture of the Generalitat of Catalonia, Vilallonga Mariàngela; the chairman of the council of Lleida, Joan Talarn; paer the chief Cervera, Ramon Augé; Director of the Association of Catalan Culture Capital, Xavier Tudela; i Kennet Martínez, Mayor of Vendrell. The city of Tarragona will take over as Cervera Catalan Capital of Culture for the year 2020.

'#Bachendansa' is a multidisciplinary show produced, created and produced in the territory, combining music, dance and video. It is also a show that sets an artistic dialogue between past and present, between Baroque music and contemporary dance. The Company participates Young School of Dance Montse Esteve Guissona (Ed+) and the Chamber Orchestra of Catalonia Interior (OCCI), based in Cervera; under the artistic direction and choreography Montse Esteve and Spanish musical director Jordi.

In the musical aspect, '#Bachendansa' is based on the Brandenburg Concerto No. 3 i 5 de Johann Sebastian Bach. these concerts, Bach wrote commissioned by Christian Ludwig, represent a masterpiece of music history. Concerts are also typical of the baroque style which are used in a variety of instrumental combinations concerto grosso format. No concerts. 3 i 5 contain some experimental aspects, such as abolishing the contrast between a small group of soloists and strings accompanying a larger group (Concert n. 3) and treatment virtuoso harpsichord (Concert n. 5).

Cervera Catalan Capital of Culture 2019, this show reinforces many of the conceptual lines, strategic and engines that have marked its programming this year: territory, own production, multidisciplinarietat, contemporary dialogue, transmission and new audiences.

Tickets can be collected from 16 al 20 December 19 a 21 Gran Teatre hours of the Passion. 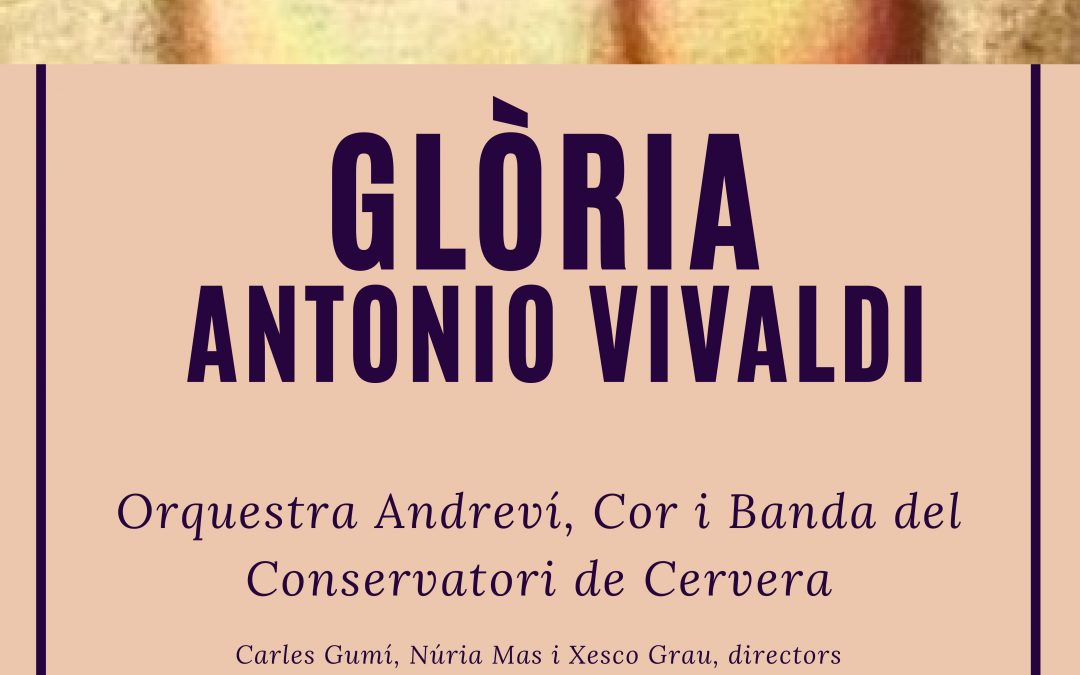 L’any 2020 Conservatory will celebrate 40th anniversary, event that is already beginning to celebrate the end of the first quarter of this year, the symphonic choral work “glory” Vivaldi.

The most solid pillars of a society that are raised on the basis of culture and study, so that they become a reflection of the character and priorities of the people and institutions.

The celebration of the 40th anniversary of the Conservatory, which will take place from next year, but as we began to celebrate at the end of the first quarter of the year is, certainly, a firm foundation of a school that has become essential not only for our city but also for a wide area of ​​Lleida. A center that throughout its history has been able to surround himself with great music professionals who have taught the values ​​of this art and love this universal language.

And, so, a joy to be able to begin this celebration with a choral symphonic work like the glory Vivaldi, where they join forces orchestral and choral center, along with other alumni or parents who might have wanted to accompany. Without doubt this is an important work that few schools could face. And so it's a source of pride to be able to interpret it next time Friday 20 December al Auditorium of the University with free entrance. And more will be scheduled in Oliana and Agramunt.

In the same concert can hear the orchestra with a repertoire Andreví and Christmas Band, leaving the second part of this work will feature baroque Cots and Laura students as soloists Judith Holiday, next to the conservatory choir and orchestra under the direction Andreví Nuria and Carlos Mas Gumí.

On the other hand, he Sunday 22, them 12 hours i al Great Theater of the Passion Cervera, the traditional one will take place Christmas Concert Conservatory, where you can hear the percussion groups, guitars, improvisation and accordions, and Choral groups of children, the little band i the orquestra Britten.