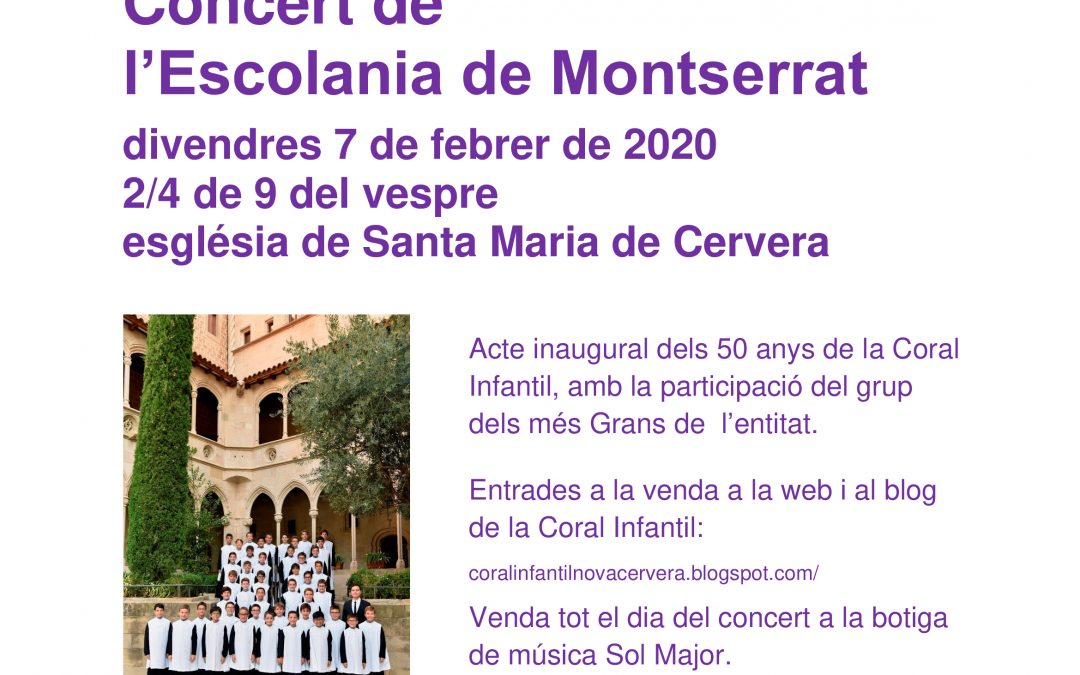 The Montserrat Boys Choir will perform in Cervera 7 February

One of the most prestigious children's choirs in the world, the Choir of Montserrat, sing Cervera, Friday 7 February, after reaching a new tour internacional.ç

The concert, Friday 7 February at 20.30 hours, will open the celebrations of 50 years of the New Children's Choir Cervera.

Before acting Cervera, The choir will be caught a plane to Russia, where he has been invited by the Moscow Patriarchate to make a concert at the Auditorium Dom Musike, as part of a music festival Christmas. This is the same as the festival which was invited in 2013, and that the tenth anniversary heart wanted to invite the "most liked during this time". It will be until Friday 24, and Russia, be forwarded back to Norway, for a couple of days, visit the Choir of the Cathedral of Oslo made in June 2018. In Oslo act jointly in the church of the Holy Trinity.

The choir will be at home on 28 January and ten days later will travel to Cervera to offer, the church of Santa Maria, in the context of the events of the Festival of the Holy Mystery, the aforementioned special concert, event will also feature the participation of the group of singers largest Cervera New Children's Choir.

Tickets for the concert are on sale in Cervera through the website and blog of the New Children's Choir Cervera, directly or through the following link.

The ticket prices range from 20 as 17 euros for adults, and 15 as 12 euros for children and young people under eighteen, processing and on-line has no added cost. The day of the concert, Tickets will be sold in person all day in the store Music G Major (pl. Major, 12, Cervera). 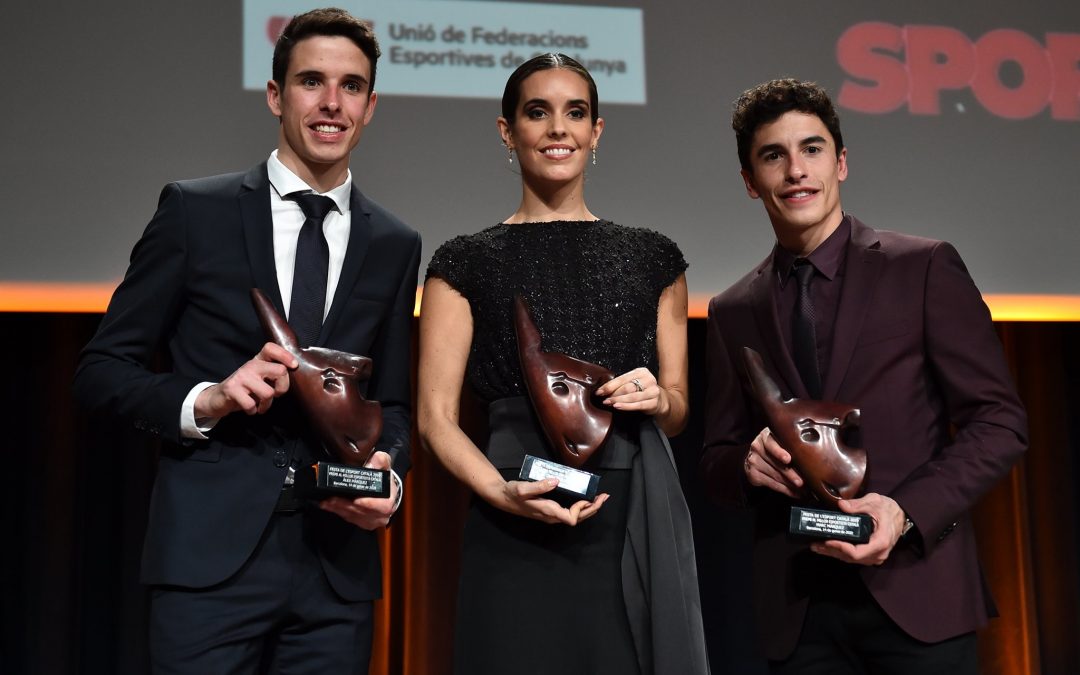 The 23rd edition of the Festival of Catalan Sport, held Tuesday 14 January at the CaixaForum Barcelona, Cervera awarded the brothers Marc and Alex Márquez as best male athletes Catalans 2019.

The sports festival is organized by the Catalan Sports Federation Union of Catalonia (UFEC), Diario Sport and the General Secretariat of Sport and Physical Activity (SGEAF).

The stars of the show were again the athletes and, who received the esteem and applause of a crowded auditorium.

Marquez Brothers picked up the award for Best Athlete after a 2019 where they won the world title in MotoGP (Marc) i a Moto2 (Alex). This 2020 compete in the same category and the same equipment. "The 2020 will be a challenge ", said Alex, who recalled that "at home we have always competed amongst us". Per a Marc, inside track "be racing against a teammate who is the champion Moto2, not my brother ", warned.

The other star of the night was Ona Carbonell. with 3 medals at the World Championships in Gwangju 2019, Carbonell has become the woman with the most medals at World Championships: 23. Milestone has made deserving of the Best Athlete Award Catalan. "Now I did step aside. But back stronger ", released to an audience delivered, concerning the sabbatical has decided to.

Ai Tsunoda, judoka, and Nile Wolf, speed skater, Sportsman were awarded most promising male and female, respectively. Wolf could not attend the event because he is competing in Yog-and getting medalles- Lausanne.

Carles Puyol wished good luck to the new coach of FC Barcelona when he collected the award Legendary Values. Recalling his career, said he was "very happy because it had been 20 years doing what he loved ".

The president of CN Sabadell, Best Team Award, did not want to detract "players and coaches" after winning all the national titles and the 5th European Cup women's water polo.

Marc Fuentes received the sportsmanship award and one of the most heartfelt ovations of the night.

In the following link you can see the’the photo album gala. 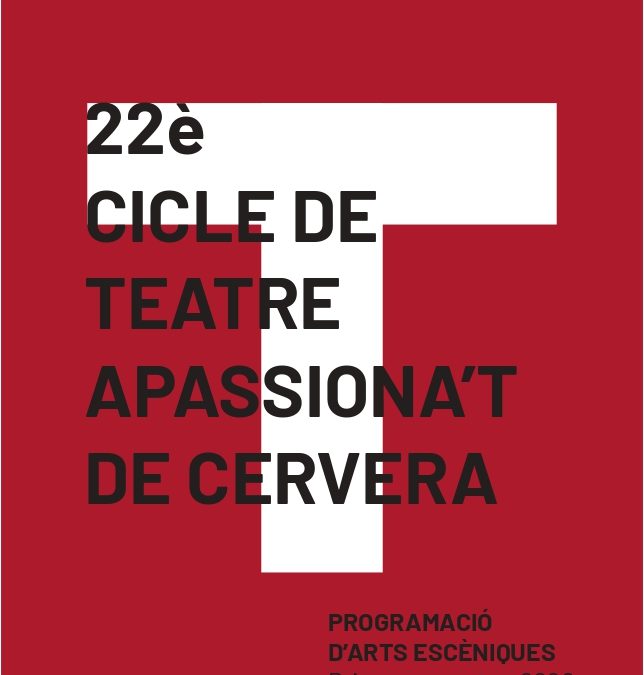 Monday 13 Friday 17 January are selling new tickets for the first half of the 22nd Cycle theater "Apassiona't" Cervera.

Can be purchased at the Department of Culture of the Town Council, in hours 10 a 13 hours, or book by sending an email to cultura@cerverapaeria.cat.

With fertilizers facilitates the entry for the whole cycle occupying the same seat with a personalized card, but if interested in one session can be transferred to another person.

The price of the ticket in the first half of 2020 is from 70 euros. It includes five functions between the months of February and May:

– “The enchanted mirror”, Jaume Ferran, with choirs, soloists and orchestra teacher at the Conservatory of Cervera, Sunday 24 May, them 19 hours.

The general sale of tickets for each show will begin on Monday 20 January. You can buy Internet, accessed from the website of the Great Theater of the Passion: www.granteatrecervera.cat.

Passion Medieval Cervera presents new image for editing in 2020, starring actor Peter Martin, who plays the character biggest rabbis, the high priest of the Sanhedrin, Hannah, Cayfàs which went along with the conspiracy against Jesus and later the persecution of his disciples.

The creator of the poster are Xavier Cervera and Joan Miret Porredon, since the first edition of the Passion Medieval responsible for putting the sign face under the technical co·Lodi wet or ferrotypes, a process that began in mid-nineteenth century.
But beyond the face, the poster tells us much. It works on three axes: The space, the floor of the church of Santa Maria drawn; el text original, this time the priest Annas; and emotion that the work provokes the viewer so that living as the actor who represents.

Tickets to attend the show can be booked through the website of passion www.passiomedievalcervera.com.

This year the Passion Medieval Cervera will act the same·allele very important, and that the international conference of the research group Lair (Literature, Art and Representation in the long Middle Ages) Cervera will stop attending the performance and make a panel discussion with the artistic team of the Passion Medieval together experts in medieval theater and passions come from prestigious universities in various parts of Europe, as the Catholic University of Milan, tickets, Portugal, Corsica, Alicante, among others.
The Congress is organized by the University Rovira i Virgili of Tarragona professor of history and expert on medieval theater in front Francesc Massip, and with the support of the Study Center and Museum Segarra Cervera.

Massip has been one collective·Passion contributor Medieval Cervera invited to attend the Passion Medieval personalities historians and medievalists, including the philologist Peter Navarro, has done a transcription of the original spoken language Passion, reviewing rhyming text and correct pronunciation.
This work will be, too, published by Obrador Edèndum Santa Coloma.
Massip and Navarro's work is a clear example that the recovery of historical Medieval Passion of Cervera did not end with the premiere of the staging in 2016. The rebuilding process continues over time, the contributions of the faithful experienced hands to work and polish this medieval play more than a theater performance becomes a unique experience for the viewer. 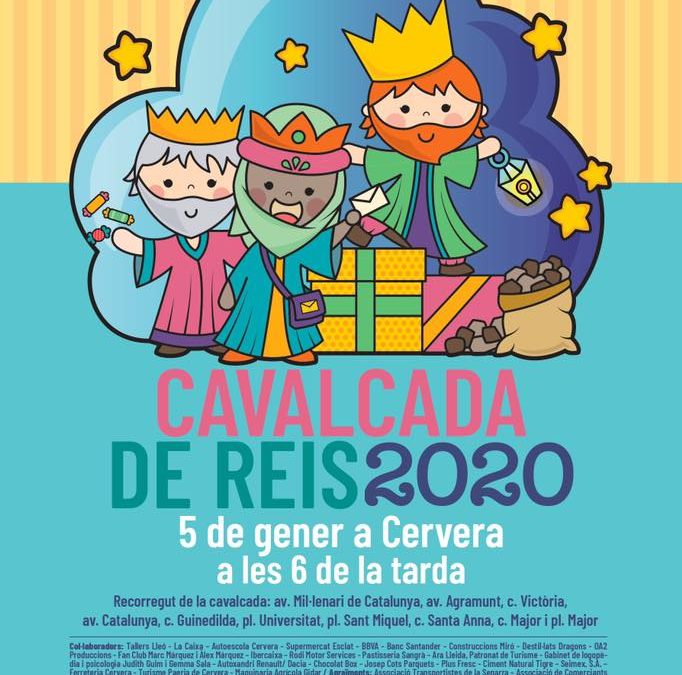 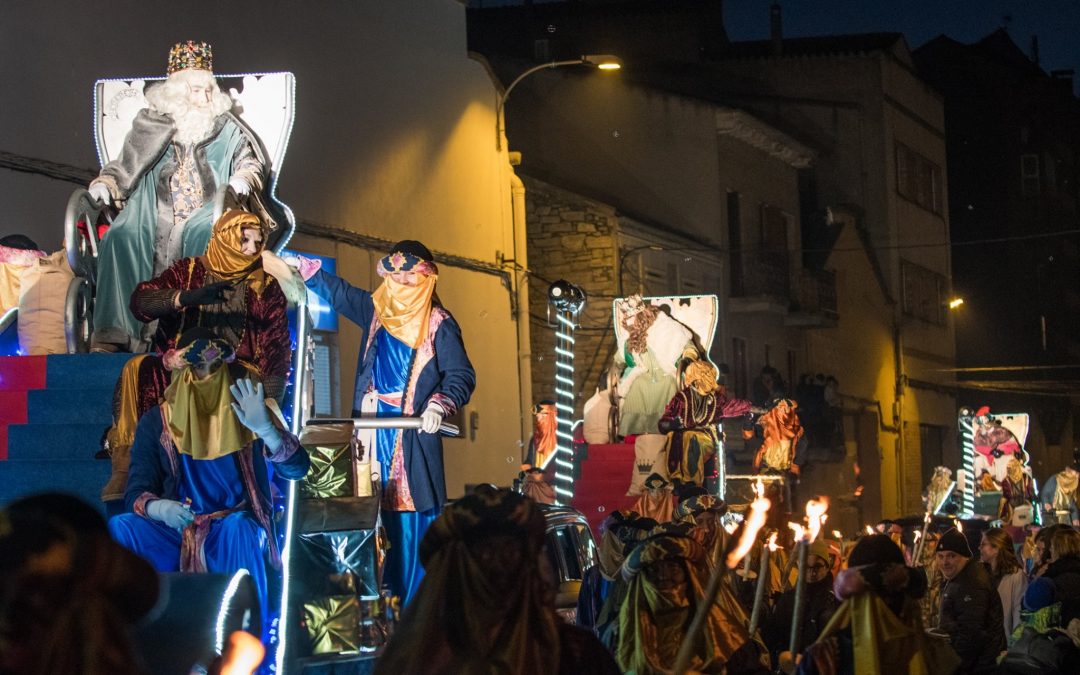 Sunday 5 January, them 18 hours, the Three Kings arrive in Cervera, which will make its usual route through the city, Avenue Millennium·lenari of Catalonia Plaza Mayor.
« Older Entries
Next Entries »