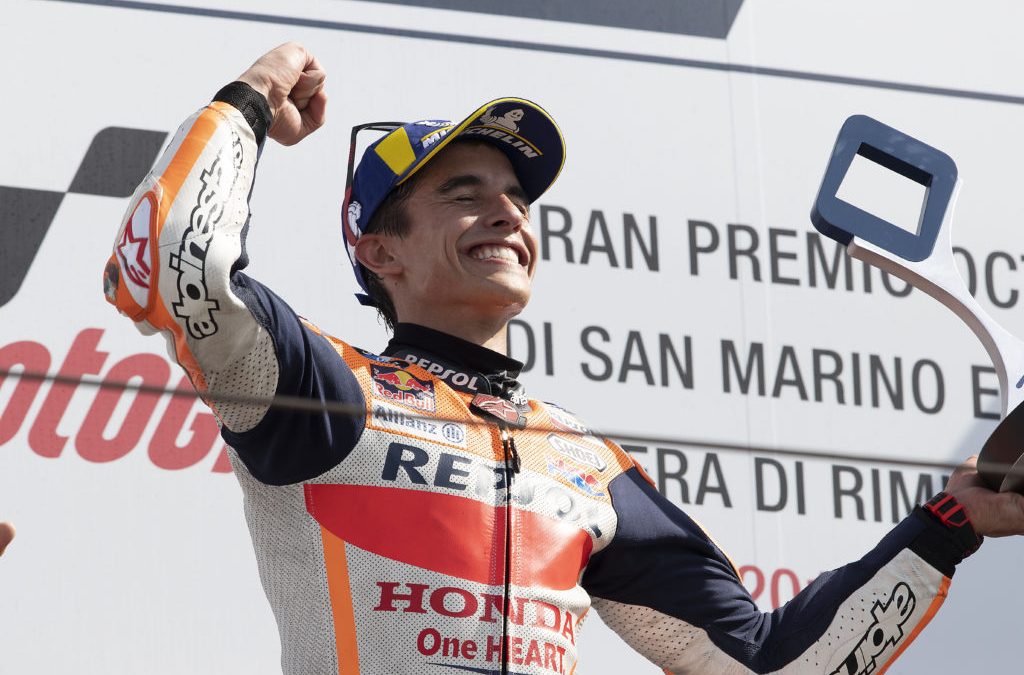 Marc Márquez, starting from the fifth position, has made a great start, col·placing himself third after the first lap. On lap 4, The Repsol Honda has advanced Viñales to get along with second and Quartararo have managed to open a hole and leave behind their pursuers. At the beginning of the last lap, Marquez has been leading in the race for the first time, and despite losing position, has released the final corner maneuver has offered eight victory.

With this victory, Marquez beats Mike Hailwood in number of victories in all categories 77 and also advancing with Giacomo Agostini 89 podiums in the premier.

The Repsol Honda team rider increases his lead in the overall World Cup to MotoGP 93 punts, quan a rest 150 game.

Marc Márquez:
“sincerely, I knew I needed to win today because I saw that Rins had abandoned the race and Dovizioso was far from us, but had extra motivation. I tried to stay with Quartararo as possible and in the end I hesitated whether to try it or not. On the last lap I decided to fight for victory. I knew that Fabio was very quick in the third sector, so I tried overtaking a little earlier and I closed curve as possible. Fabio has made a very strong race today. He piloted the Smart Way·Smart I could; it is always nice to win in Italy, but it is even more have 93 point lead in the championship”.