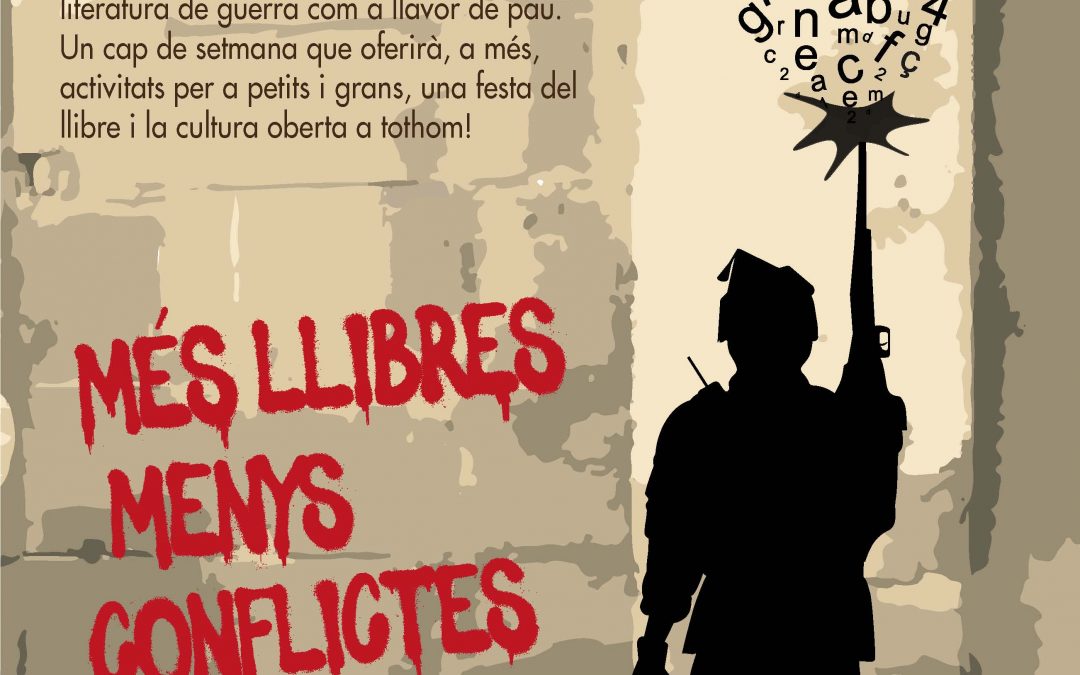 The fourth edition of the Villa de Cervera Book, to be held between 18 and the 20 October, this year will focus on the literature of war as a seed of peace.

Coinciding with the Catalan Capital of Culture 2019 Cervera and commemorate 80 years of the end of the Civil War and the beginning of World War II, literary festival in western Catalonia proposes his poster slogan “more books, fewer conflicts”.

Among the most prominent are rotated around, Barbal Maria will be there to present his latest novel·the, A Scottish friend (Column), Pallars war; i hi tindrà un lloc especial Gabriel Ferrater amb el recital In Memoriam – which follows the homonymous poem about the Civil War-, and the inaugural festival, by editor Jordi Cornudella, and will have a table dedicated to the Club Editor presence of his head, Maria Bohigas, to discuss his extensive catalog in relation to war, amb títols com Diamond Square The Quanta, how much war… de Mercè Rodoreda, uncertain Glory de Joan Sales o la recentment publicada Entre dos silencis Aurora Bertrana.

War band, Book Village will offer its usual catalog of activities designed for all ages. There will be tables with the presence of authors Jaume Cabré, que portarà al públic three tests (Bow); Montse Barderi, que presentarà La memòria de l’aigua (Column), Prudence awarded the Bertrana; Pol Beckman amb Novel·the (notebooks Cream), Bookseller Award 2019, among many others. Gonzalo Boye i Ramon Tremosa, in addition to presenting their respective books, a literary star vermouth with a debate that will focus, probably, on the Supreme Court ruling. There will also be a place for new voices in the literary Xavier Mas Craviotto, Documenta Prize winner 2018 per The slow death (Another Publisher), and John Santanach, that despite not being released in the new novel·la amb the Alive (Meteora). Likewise, There will also be space for local authors like Bernard Ramon Huguet Brief.

Young people and children can enjoy activities designed especially for them as they have prepared gymkhana literary detective from the Pirate Editions; the spectacle of storytelling Laberta Delpoblet “Hello, I'm Teresa”, a journey through the life of Teresa Pàmies; or tailoring workshop paper bin, to learn the craft of paperaire and to prepare the first sheets themselves.

As always, the market for independent publishers play a central role in the village, both its importance and its location, extended along the main street of Cervera. In this year, more 30 publishers and booksellers mounted stop there and take part in activities organized.

During the weekend there will also place for entertainment, as the concert of Big Mama Montse, which will close this year's Villa; and to remember that the perpetrators are no longer, Teresa Pàmies and Joan Brossa, celebrating the centenary of his birth this year and will be present in Cervera through commemorative activities and exhibitions.