Concert of baroque music and electronics at the Auditorium 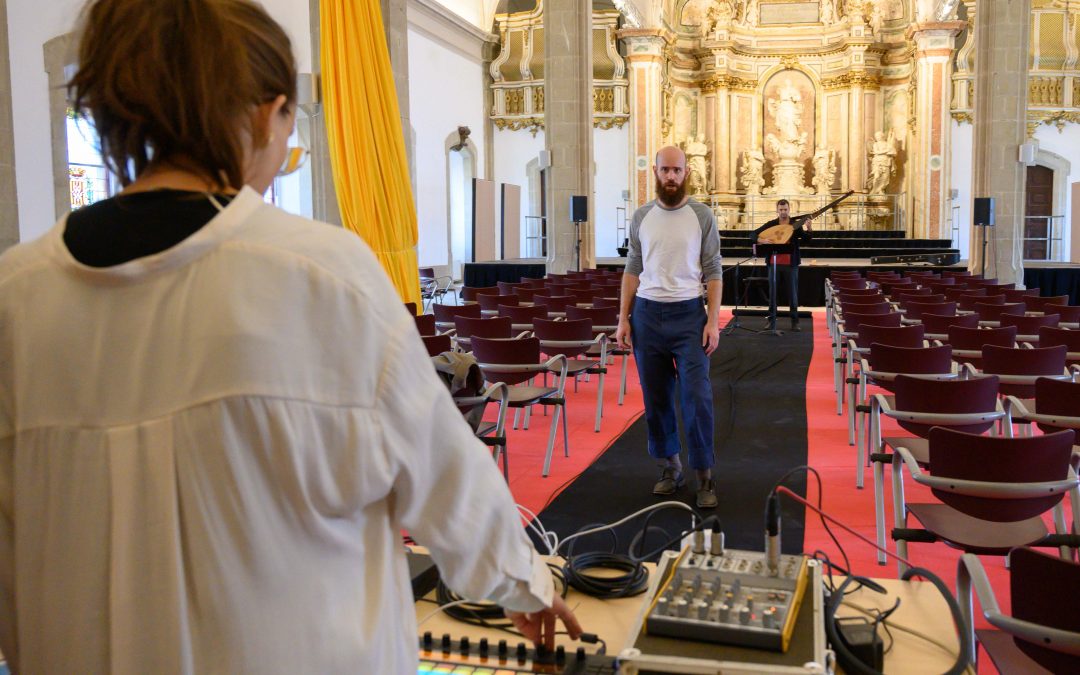 The Baroque Festival Sparks arrives at the proposal Cervera “Wormhole”, a concert of electronic music and baroque taste, Saturday 12 October, them 18.30 hours, the Auditorium of the University.

Worm Hole (literally 'wormhole') is the 4th Dialogue with the World Heritage Cervera 2019. Literally a concept of physics that raises the possibility of connecting, by hotkey, two points in spacetime. Based on this hypothesis, also known as "Einstein-Rosen bridge", Pere Jou artists and Aurora Bauzà (Recent releases have made the Liceu Off, the Dance Biennale de Venecia, at the Santarcangelo Festival in Matera, the European Capital of Culture 2019) offer a journey without interruption from the early baroque and the present. In other words: What if the music of the seventeenth century were with the electronic resources of the XXI century?

With a stage show that will occupy all the space of the auditorium and the public with an unusual, countertenor and dancer Pere Jou transit between these two moments of spacetime, metonymically represented on both sides of wormhole Aurora Bauzà for electronics and theorbo Ferran Pisà. Throughout the tour, see how the prism of electronic music gradually enriches, transformed or supplemented Baroque works, opening up a world of infinite sonic possibilities. The reinterpretation of early Baroque repertoire from this perspective of transgression and instrumental timbre, Alloy generate a sound aesthetic unpublished between the XVII and XXI, that will survive even a few weeks in the 4th Dialogue is installed·installed after the concert.

A key element of the proposal is the space where held, the Auditorium of the University, understood not as the place to excel·Excellence Baroque Cerverí, but as the place where the voices and·famous city have resonated for years with their lessons. Take this as part space where the voices of the English Baroque (Purcell), German (Kapsberger), Italian (Frescobaldi the Monteverdi) and French (of visée) will be transformed from the echoes of the contemporary, is the best way to reinterpret and honor XXI- century, from the tangible and intangible heritage of a place emblematic of the city, production in own unpublished Baroque Festival Sparks carried out in co·Working with the Museum of Cervera and Cultural Capital.

Worm Hole is both a concert of Baroque festival Sparks (a festival that links baroque music, their environment and gastronomy). The experience will be completed by chef Sergi Ortiz, the Old Bakery, who played the palate what the audience enjoyed the stage, with accompanying wines from Celler Grau Grau.

Tickets can be purchased on the web www.espurnesbarroques.cat