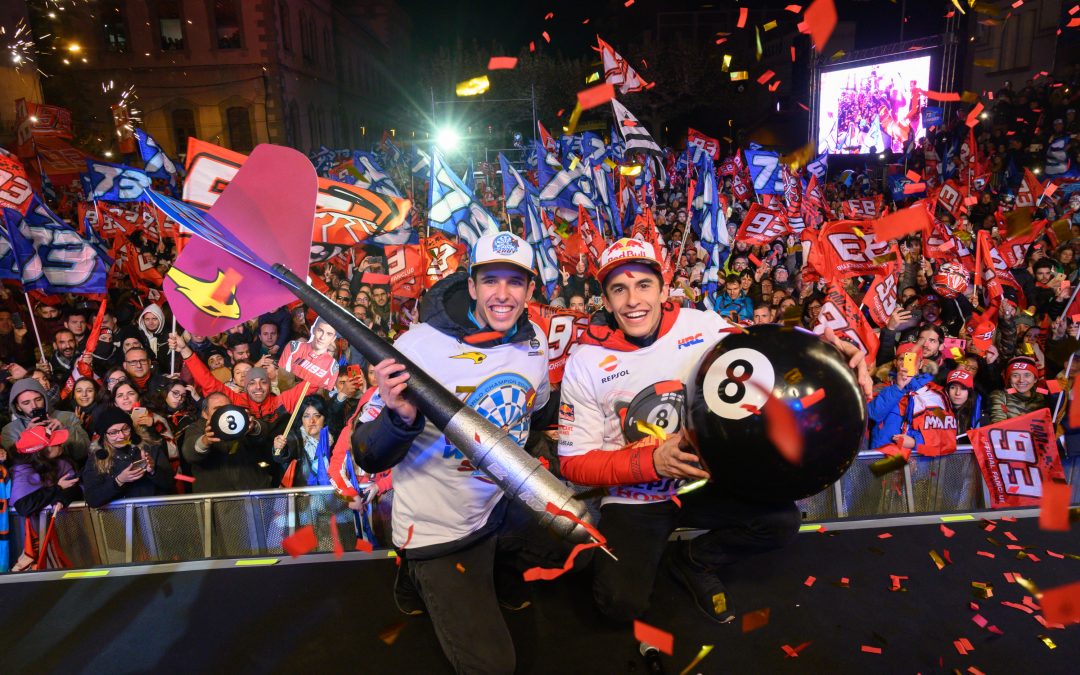 Thousands, from all over Catalonia and Spain, filled the streets of Cervera, Saturday 9 November, the celebration party that organized fan clubs of the two drivers.

The events begin at 17 hours, A press conference with Marc Márquez and Álex Auditorium of the University. The announcement raised great expectations, the presence of 50 Media.

At the 19 hours came to the door of the University of the truck on which were two pilots, with the members of their teams. In University Square waited thousands of fans, who enjoyed the passage of the procession with a long stretch behind security fences.

the parade, the animation of the percussion group Bombollers Cervera, went to St. Michael's Square, Calle Santa Anna, Rambla Sanpere Louis and ended in Piazza Pio XII, was mounted on a spectacular stage setting. From there, the two champions, their families and members of the teams to share the celebration with all the fans who filled the square.

Link to TV3 News.
Link to news to motorsport.com.
Link to Daily news of Segre.
Link to the news Sports world.