The walls of Cervera, chosen to participate in the program “The Monumental Battle” by TV3 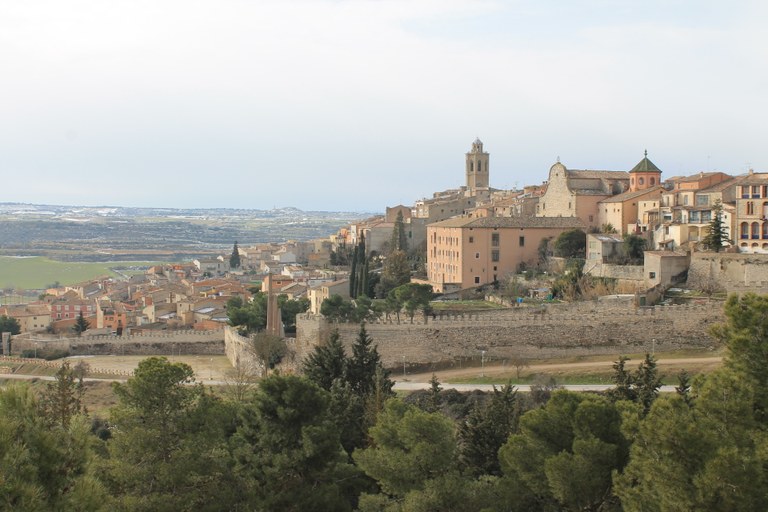 The second season of “Monumental Battle”, which opens on Thursday 13 January, will present 10 emblematic monuments of Catalonia during five battles, in one of which, the “Battle of the Walls”, Cervera will take part.

The program “Monumental battle” back to TV3, with the popular presenter Roger de Gràcia, and with two reporters, journalist Candela Figueras and actress Laia Fontàn (“Those of hockey”), who have traveled all over Catalonia to present the monuments of each new battle.
Both travel in parallel·lel to each location to look for the best weapons and stories to make your monument the winner of each program, with the votes of the spectators.

Another novelty of this second edition of “Monumental battle”, a format that combines outreach and entertainment, is the 3D recreation of monuments, which gives a much better understanding of the history and evolution of the monuments involved in the program.

The monuments of the second season

For five chapters, ten monuments compete in five battles: he Montsoriu castle and the castle of Mur, to “Battle of fortresses”; the walled enclosures of Montblanc i Cervera, to “Battle of the walls“; he Palau de la Música Catalana i la Crypt and Colònia Güell, to “Modernist battle”; the Climbing Carthusian Monastery i Santa Maria de Ripoll, to “Battle of faith”, and the Poble Vell de Corbera d’Ebre and the Born Center of Culture and Memory of Barcelona, to “Battle of battles”. The sixth final battle will be delivered live in the sixth program, where the winning monument this season will be decided, and the seventh chapter will show the battles of “Monumental battle” with the best moments, the piffles and some unpublished fragments.

The program features the intervention of popular characters emotionally linked to each monument: the pilots appear Marc Márquez i Álex Márquez, the musicians Joan Reig, Santi Balmes and The Friends of the Arts, the actors Quim Masferrer and Lluís Soler, the cook Gessamí Caramés or the presenter and historian Toni Soler, others, which will help to decant the votes of the public.

Spectators are again the jury that, with their votes, they decide the winner of each week. To participate, they will be able to do it through the social networks of @ BatallaTV3 a instagram.com/BatallaTV3, facebook.com/BatallaTV3 i twitter.com/BatallaTV3.

At the end, in a special live program, the five finalist monuments will compete to see which is the new favorite monument in Catalonia.