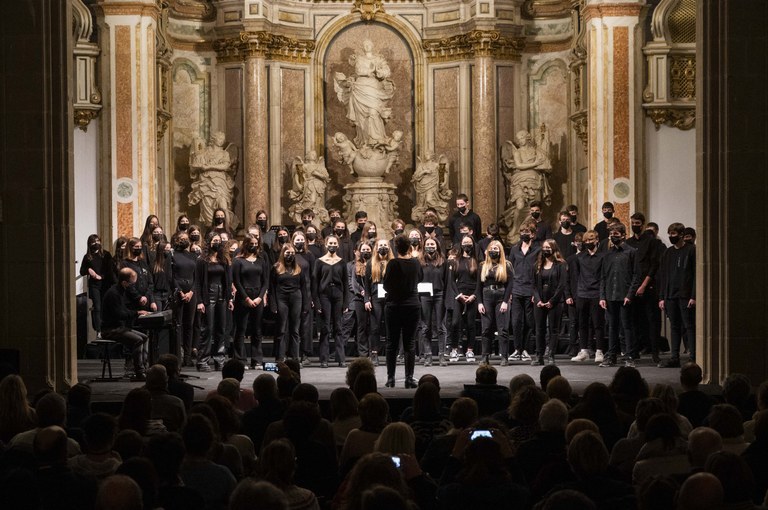 With the proximity of the Christmas holidays, the traditional concerts of the Conservatory arrive, that this year there will be two. The first will take place on Sunday 18, them 12.30 hours, the Grand Theater of the Passion; while the second will take place on Friday 23, them 20 hours, at the Municipal Auditorium.

At the first concert you can hear the percussion group, directed by Aleydis Serra; choral singing groups, from the smallest to those of professional grade; the accordion group Els Assossegats, directed by Sònia Peiró; the Britten Orchestra, directed by Jordi Armengol; and the band, directed by Xesco Grau.

On the other hand, at the concert on Friday 23 the protagonists will be the Cor de Projectes, directed by Jordi Castellà; the Andreví Orchestra, directed by Carles Gumí; and the Guitar Groups, directed by Xavier Gómez.

All together to make a good sample of the work done during this first term and to wish everyone a happy holiday from the entire educational community of the Conservatory.

Information and image provided by the Conservatory of Cervera.