On sale tickets for the second part of “MMEU, Magical Moments unique” 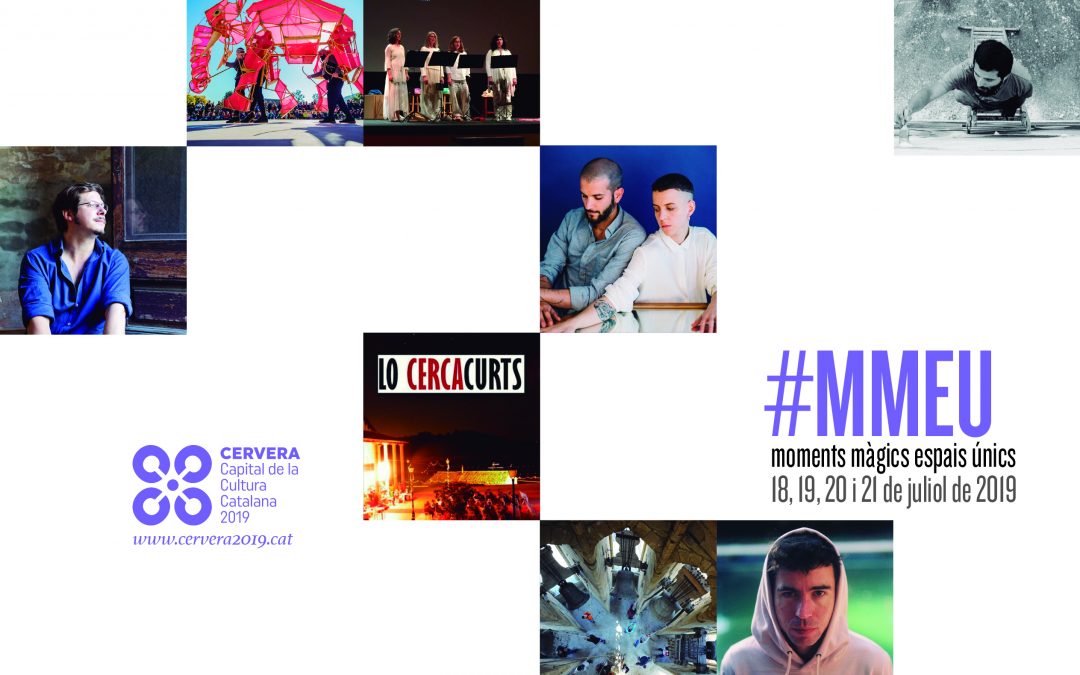 Between 18 and the 20 July, Cervera will microaccions artistic unique spaces, like the pianist Clara Peya, recently awarded the National Prize of Culture; a display of ethnographic film; poetry readings; puppet shows; urban art…

Are already on sale tickets for the second part of “MMEU” (Magical Moments unique), Cervera artistic repertoire of Catalan Culture Capital 2019 seven unique venues in the city.
After that took place last March 'attic', the first part of MMEU, between 18 and the 21 July, Cervera streets will host the second part of the initiative, dubbed 'Open Sky', which will serve as a showcase of artistic actions of small and short-lived.
The project proposes new activities in seven different locations, as the church of Santo Domingo, Fossar Santa Maria, the bell tower of the Plaza Mayor, Bodega Book of Enchantments, House Solsona, Casa Museu Duran Duran and Avenue Sanpere Sanpere.
During these four days, Cervera will be performances by Ferran Palau, the concert of pianist Clara Peya (recently won a National Award), a concert of bells in the main square or Ethnographic Film, among others.

Link to the program

Useful information MMEU:
● All shows have a duration of 30 minutes.
● Advance tickets to the Museum of Cervera (c. Major 115 ).
● Tickets 1 hour before the show at the box office you will find the same performance space.