The Bread and Cereal Fair is back 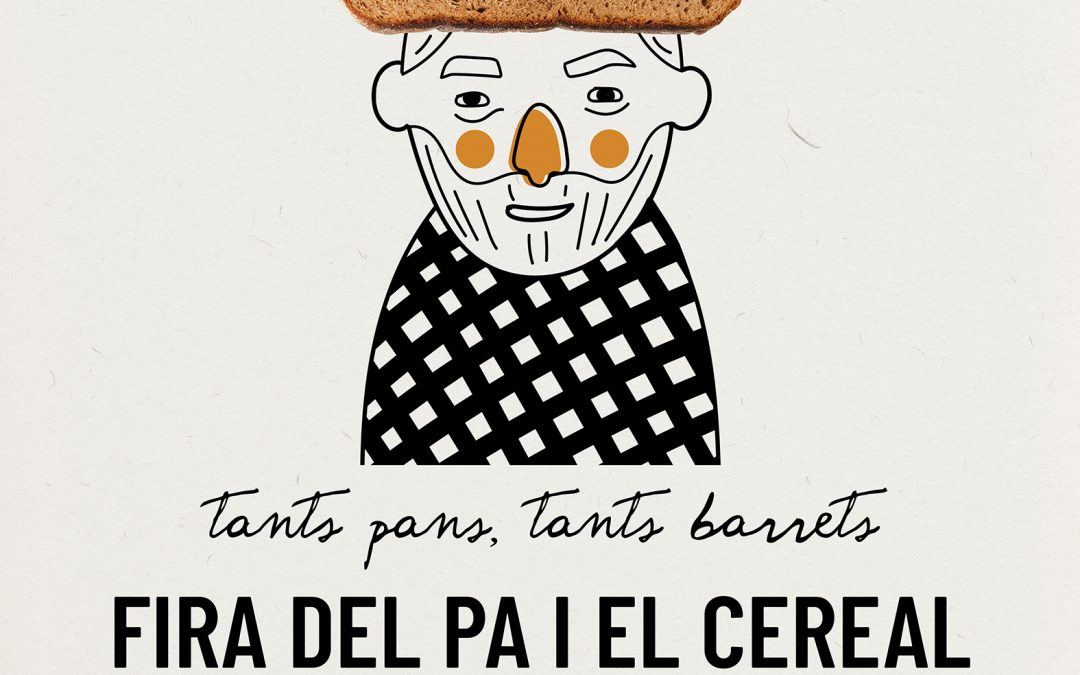 The chief paer, Joan Santacana, and the Councilor for Economic Promotion, Ramon Augé, have presented, in an act in the kitchen of the Union building, the Cervera Bread and Cereal Fair, which will take place in the days 21 i 22 May.

The chief paer, Joan Santacana, has stated that the “Bread Fair begins the season of fairs in Cervera, city ​​that aspires to become a reference fair in Catalonia ".
He highlighted two bets from the Paeria de Cervera for this edition: the promotion of the local and local product, with the help·collaboration with the Segarra Producers Association; and the enhancement of the Union, which commemorates the centenary, as the historical heritage of Catalonia.

The Councilor for Economic Promotion, Ramon Augé, has presented the main news of this edition: to install·of a tent in University Square, the introduction of gastronomic “experiences”, the commemoration of the centenary of the construction of the Flour Mill of the Union and a new impetus to the promotion to publicize the event.

The carp, which will be located next to Plaça Sant Miquel, will host the protocol acts·selling; the presentations, gastronomic demonstrations and tastings; and musical performances.

The Flour miller of the Agricultural Union of Cervera es va construir entre els anys 1920 i 1922. This year marks the centenary and it is intended that the Fair will once again become an agglutinator of activity.. There will be free guided tours of the building and in the courtyards you can visit a sample of agricultural objects from the old Wheat Museum and the Cervera Farmhouse..

As for the promotion, according to Ramon Augé, "This year it is strengthened to remind people that the Fair is being held again and to increase visitors". S’ha presentat un promotional video, created by Marc Llorens, which shows the whole process of making breads. Mentre que el poster of this edition, made by designer Anna Domenjó, wants to promote the different varieties of bread with the motto “so many breads, It should be noted that the Fira de Cervera was twinned with the Fira de l’Oli de les Garrigues.
La plaça Universitat serà el centre neuràlgic on es trobaran els stands. There will be 35 multisectoral exhibitors and 6 of bread ovens. Renewable energy stands and the Espai Petit Forner will be located in the University courtyard, where bread workshops will be held by Tere Rauret.

To facilitate the movement of visitors, a tourist train it will link Plaça Universitat and Plaça del Sindicat.

The inauguration of the Fair will be made by the Minister of Justice, Lourdes Ciuró, on Saturday 21, them 11.30 hours; while the closing ceremony will be given by the First Vice-President of Parliament, Alba Vergés, Sunday 22, them 20 hours.

Consulteu aquí el tríptic with all the programming (of the 15 al 22 May) de la Fira del Pa i el Cereal.