Representation of "Terra Baixa" and concert by El Pony Pisador, at the Festa Major in September 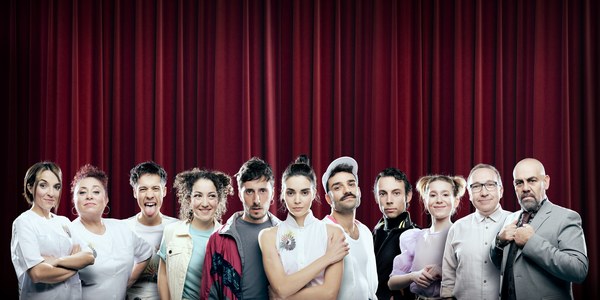 The Paeria de Cervera advances two of the shows of the program of the Festa Major of September: the performance of “Terra Baixa” with the new version of TV3’s “El Llop” and the musical performance of the group El Pony Pisador.

The El Pony Pisador concert will be on Saturday night 24 September, with free admission.

It is a group of five young people from Barcelona who mix folk and traditional music from around the world in a perfect balance between a sense of humor and virtuosity.. In his concert you can enjoy equal parts of folk melodies, vocal harmonies and games with the audience in a pleasant atmosphere for all ages.

The "Terra Baixa" tour will arrive in Cervera on Sunday 25 September, the Grand Theater of the Passion. The ticket sale for the show is now open Monday 9 May, from the 9 hours. They can be purchased by accessing in this link.

The new version of "Terra Baixa" has emerged from the TV3 program "El Llop", presented and directed by Àngel Llàcer. The program selected amateur actors and actresses from all over Catalonia to represent a new adaptation of the classic by Àngel Guimerà. "Terra Baixa" has been touring the country's main theaters since April and will stop in Cervera on Sunday 25 September.

The Festa Major will be held between the days 23 i 26 of September of 2022. In addition to the aforementioned acts, will include a program with activities for all audiences and in various areas of the city.