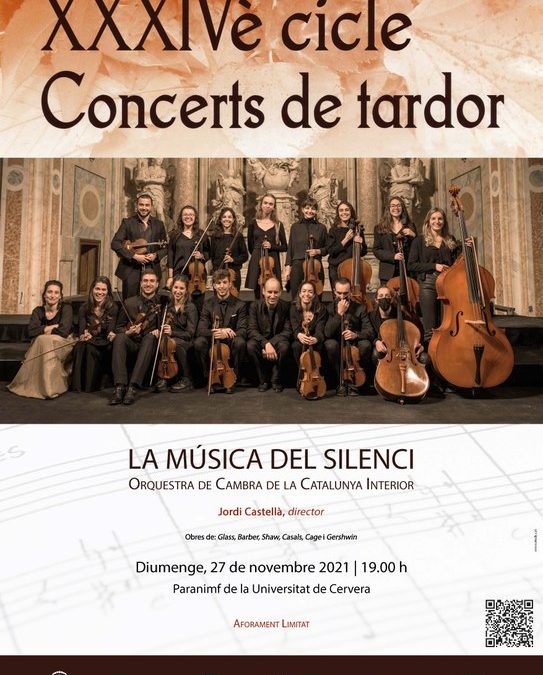 Sunday 28 of November will continue the Cycle of autumn concerts, organized by the Friends of the Music of Cervera, and it will be the turn of the Chamber Orchestra of Inland Catalonia, directed by Jordi Castellà, who will present "The Music of Silence".

It will be a program dedicated to health personnel, recognizing in this way his dedication to a job that especially in this time of pandemic has been more necessary than ever.

The program is a journey through different American authors who have written works for string orchestra. The concert includes, in a first block, composers who have followed a more classical line, continuators of the European musical tradition; and in a second part, well-known works and melodies from Broadway and the more jazzy and modern American side.

The concert will take place next Sunday in the University Auditorium, them 7 in the afternoon.

On the other band, Sunday 21 it happened, at the Municipal Auditorium of Cervera, the concert of the Lleida band LleidArt Ensemble, with the production “Art Bolling & Friends”.
The concert mixed music from all over, from the Argentine tango, al chorinho brazilian, passing through the American blues with African rhythms and with a work by the composer Claude Bolling as a main course.

Information and poster provided by the Friends of Music Association.