The walls of Cervera, a “The Monumental Battle” by TV3 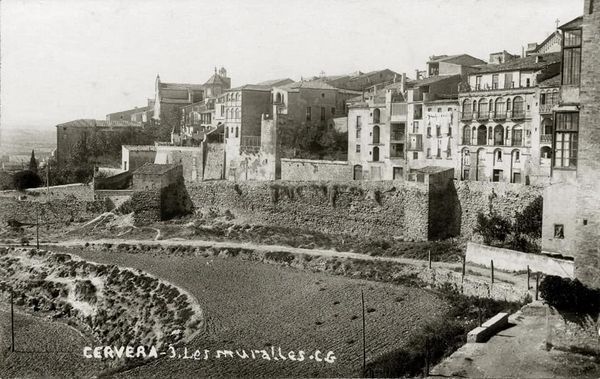 Thursday 20 January, them 22.45 hours, the chapter is broadcast “Battle of the walls”, in which two of the most significant walled enclosures in Catalonia take part: the walls of Cervera and Montblanc.

The presenters of the program, Candela Figueras and Laia Fontan, they will interview experts and present arguments that will tip the public in favor of their respective monument.

The two reporters of “Monumental battle” they will do whatever it takes to make theirs the winning monument of the duel: the Candle, montblanquina of race, he wants to return home with victory in hand. For that, will compete in a very special medieval fair and will put itself in the shoes of the dragon of Sant Jordi.
For its part, Laia is not ready to be left behind and will participate, like one more devil, in a recreation of the Festa de l’Aquelarre de Cervera.

In this battle, popular characters such as the Cerverian motorcycling champions will help them convince the audience Marc Márquez i Álex Márquez or The Pets battery, Joan Reig, who will defend the walls of Montblanc.

Roger de Gràcia is the presenter and narrator of a new battle where, as always, it will be the audience that will decide the winner of this duel between walls by voting through the social networks of the program on @ BatallaTV3.