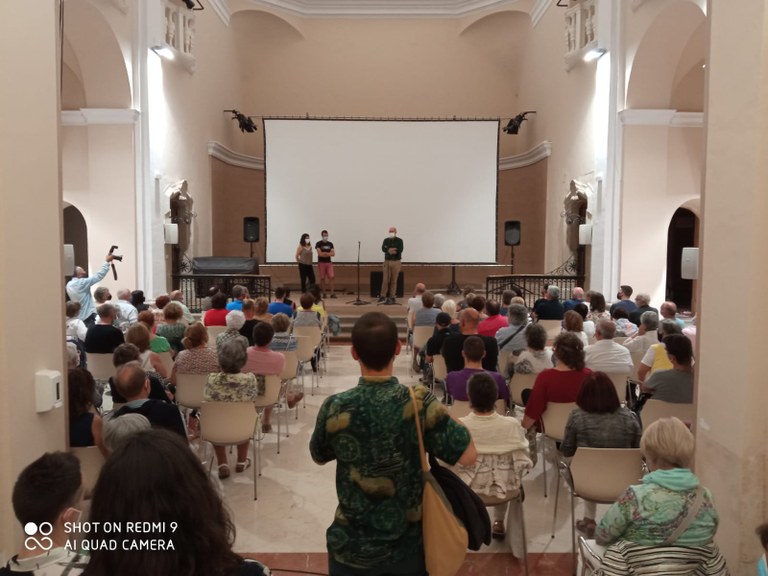 The Departments of Culture and Festivals, together with the association-film club “Cinema a la Boira”, formed by professionals in the film industry, Jordi Boquet, Alba Bosch, Sergi Moreno and Anna Novell, last Sunday 1 d'agost, they started the film cycle that will be called Cinema a la Boira.

This new cycle offers hair projections·both classic and current films, accessible to all audiences and dealing with current issues. In order to enrich the sessions, after each screening, there will be a cabbage·loqui with cabbage·collaboration of a reference guest of Catalan culture, to be able to debate with the audience on the different topics that speak to us in each of the pel·movies.

In this first session the National Shotgun of Luis G was projected. Berlanga and at the end we were able to talk to journalist Jordi Basté about the issues and issues that arose as a result of the film.·film. Enough, great connoisseur of Berlanga’s work, brought us closer to this great classic by making us reflect on each of the issues raised by the film·film, and comparing the situations that could be seen in the play of the year 1978, with which they can be seen and lived at present, that despite the time that has passed, many similarities were found and were perfectly comparable. Basté stressed the need and importance of projects such as Cinema a la Boira and congratulated the organizers for the initiative.

As stated in the presentation, we need to get back into the habit of watching movies on the big screen and running away from the small screen, like this, in this way we will be able to share the experience not only with ourselves but also with those around us.

The next screening will take place next Sunday in Aquelarre, with a hair·cool movie, in the square of Cal Racó, which will invite us to reflect on gender identity, diversity and freedom, where the writer will accompany us, journalist and feminist activist Bel Olid.