Audience success of the broadcast of the Completes de Cervera 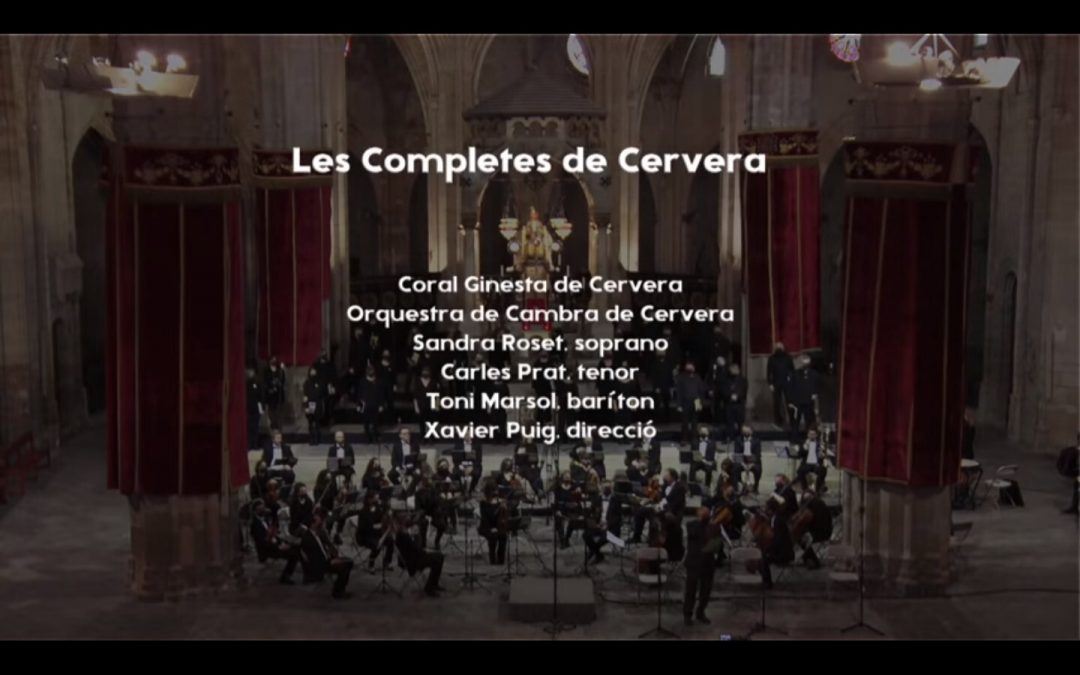 The retransmission of the Completes and the program “The secret of the Completes” had great acceptance of the public, as reflected in the data on television audiences on Lleida TV and La Xarxa, of streaming broadcasts and reproductions on the Paeria's Youtube channel.

The Local Television Network in Catalonia
Broadcast on Sunday 7 them 22 hours. The Complete ones: 54.853 viewers.

Regarding the issue for streaming by Lleida TV: 1.164 views.

The broadcasts are available online on the Lleida TV portal.

Also on the Youtube channel of the Paeria de Cervera: https://www.youtube.com/user/paeriacervera

Of the 5 al 7 February Cervera celebrated the Winter Festival, which limited its programming due to the Covid-19 pandemic.

Some of the activities were suspended, such as the traditional procession or the reverse sardana competition, while others were made public and could be followed live online, such as the Cant de les Completes and the Ball de l’Àliga.