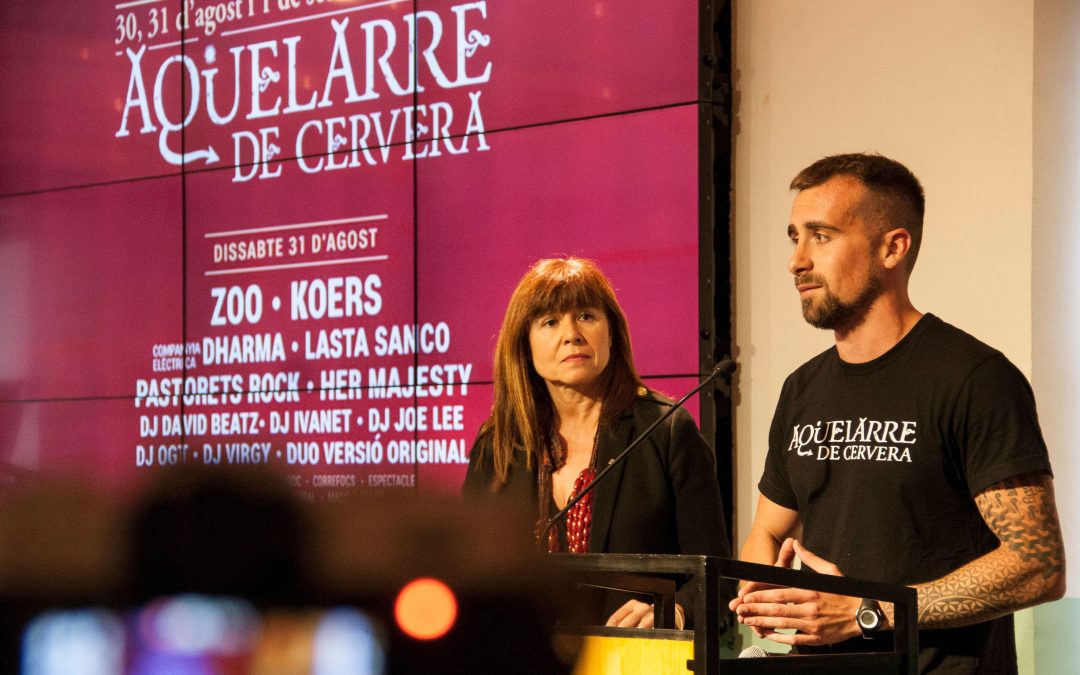 The 42nd edition of the Aquelarre of Cervera was presented, Tuesday 11 June, in the old factory Damm Barcelona, in a ceremony that served to present the main novelties of the festival of music and fire Territories West.

The 42nd edition of the show devoted Aquelarre central Tarot symbology and all its related magic, rites, the dream world mythology and psychoanalysis. The assembly is designed to Alea Theater, directed by Albert Parra Cerverí, and maintain the traditional structure with parades, the Ball of Polla, Turning the University, Invoking the male bastard, The drained and Foqueral.

The Dancing Devils held Cervera Carranquers 25 year history with a show renewed and cream powder and half a ton 24.000 carretilles.

The Aquelarre de Cervera will be presented again with a special show at Barcelona Festival Crossing, coinciding with its 10th anniversary, and responds to the success of last year. It will be the second time in the history of Aquelarre that the traditional elements of the festival come out of Cervera and a new opportunity to see first hand the party.

The Aquelarre has renewed three-year agreement with the beer company Estrella Damm as the main sponsor.

The Fire Festival and the music of western Catalonia this year will be held on 30 i 31 August and 1 September, the biggest impact ever to.
The economic impact for the city of Cervera is 1 million euros and has an attendance of 30.000 people.