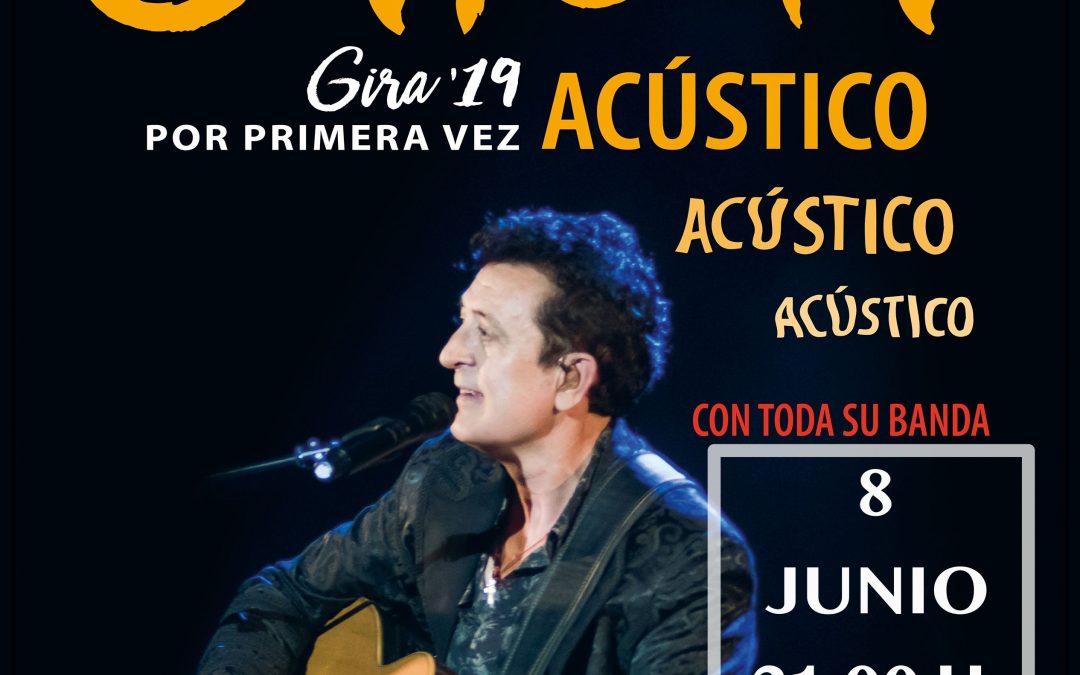 Thursday 17 January go on sale tickets for the concert Manolo García, which will be the Grand Theater of the Passion of Cervera Saturday 8 June.

After traveling around Spain in 2018 presenting their latest album, "Geometry of Lightning", Manolo García announced for 2019 the first acoustic tour of his career, to begin 5 April in Ciudad Real and has confirmed performances in Alicante, Mallorca, Vitoria, Vigo, Corunna, Gijón, Sevilla, Murcia, Valencia, Madrid or Barcelona…

The concert at the Grand Theater of the Passion of Cervera is Saturday 8 June. Tickets can be purchased through the website www.emotionaltickets.es.

Manolo García will form part, since the eighties, The groups Rapids, Los Burros and the hit The Last of the Row. Then began a solo career and this year made his first acoustic tour. In this way, has decided to turn to 180 degrees, review their repertoire and work it from other sounds absolutely acoustics. 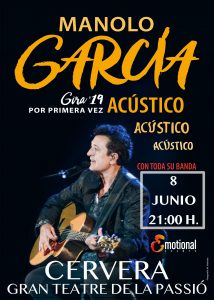