Cervera maintains the Isagoge cultural week and the Festa Major 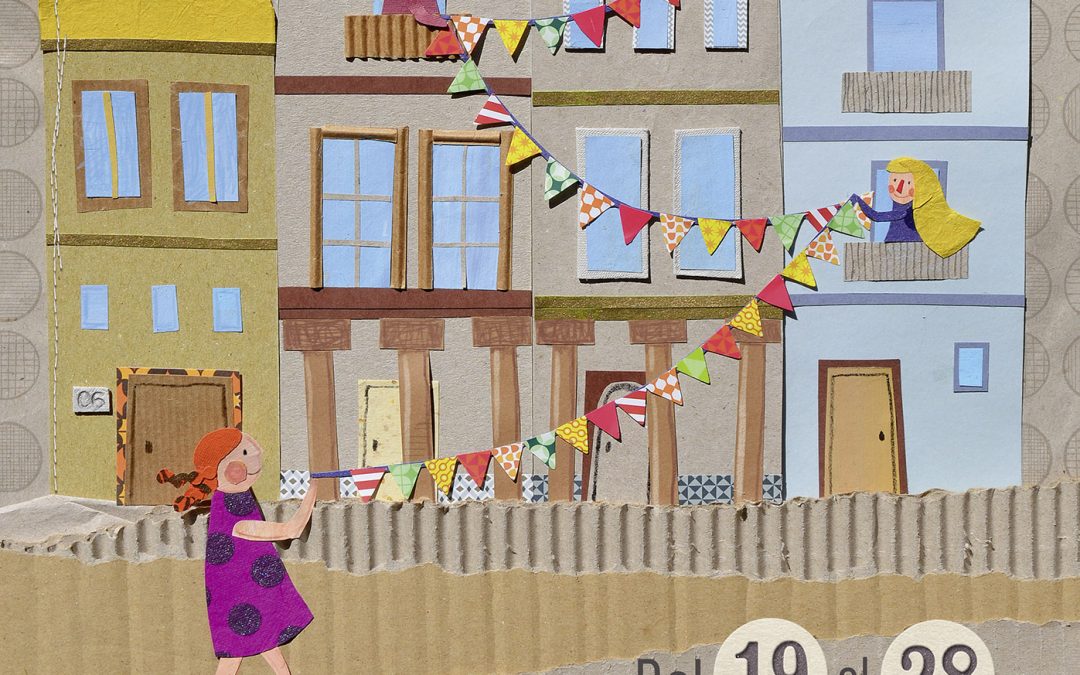 The chief paer, Joan Santacana; Councilwoman of Culture, Mercè Carulla; and the Councilor for Festivities, Mireia Brandon, they have presented the programming of the 44th Isagoge and the Festa Major, in an act in the old church of San Juan, Monday 7 September.

Both events include about fifty activities, between days 19 i 28 September, always guaranteeing the capacity control and the sanitary measures of prevention of the Covid-19.

According to the paer in chief, Joan Santacana, "Cervera wants to move forward, in spite of everything, the cultural week and its Festa Major ”.

Isagoge is dedicated to the figure of Josep Benet i Morell (Cervera, 1920 – Sant Cugat, 2008). This year the Generalitat de Catalunya commemorates the Year of Benedict, on the occasion of the centenary of his birth. Josep Benet, historian, lawyer and politician, was named Cervera’s favorite son of the year 1991. Now the city is dedicating a new tribute to him with the Isagoge cultural week.

The first event will be the unveiling of a memorial plaque at his birthplace, on the main street, 19, current Casa Dalmases.

His disciple, the historian Jordi Oliva, of Sedó, has prepared the moving exhibition “The city of Josep Benet”, a guided tour of four scenarios in Cervera related to the life of Benet: the church of San Juan, the Santa Anna square, the Workers' Center and Plaça del Fossar. The guided tours will be led by the historians of Cervera Max Turull, Teresa Salat i Teresa Porredon, respectively, and anthropologist Roger Costa.

The Municipal Auditorium will become an audiovisual space where documentaries dedicated to Josep Benet will be screened. The inauguration will be given by the journalist Xavi Santesmasses and the closing will be made by Mònica Terribas.

Other activities are also planned such as the performance of "The door of good intentions", directed by Pep Oriol, with scenery and costumes of the Medieval Passion; a talk and exhibition on the 50 years of the Nova Cervera Children's Choir; the exhibition “ConfinArt”, theatrical visits, family workshops, organ concert, jazz…

For the Councilor for Culture, Mercè Carulla, at the moment “culture is necessary for the public and also for companies and the whole sector that lives in it; culture is safe ”.

As for the Festa Major, according to the councilor for Festivities, Mireia Brandon, wants to have "a memory to all the people who have left us because of the Covid-19 and a recognition to all those people who have been and are at the forefront fighting to fight the pandemic". "We are in a crisis due to a health emergency, but we also have to look ahead ”.

the activities, as was seen for the Festiuada, have been programmed with the intention of supporting local trade and artists.

As a novelty this year, the Proclamation will be held at street level, in the main square, next to the audience. It will be run by the staff of the Cervera Primary Care Center. While this year the honored entity will be the Children’s Choir Nova Cervera, on the occasion of the 50th anniversary.

Activities will be concentrated on the street, like Pub Night; the mobile concert with The Tracksuits, and the theatrical performances of the Cerea groups Alea Teatre, Fadunito and Sound de Secà. The courtyard of the "Silos" will be opened (SENPA silos), as a concert venue, with the performances of Lasta Sanco and Les Montses; habaneras with Les Anxovetes and the Selvatana orchestra.

This year's Festa Major entourage will be "online", with the retransmission of a video with the performances of popular culture organizations in different settings of the city’s monumental heritage. The same will be done with the entourage of the small Festa Major on Monday. The broadcasts will be offered through the YouTube channel of the Paeria de Cervera.

The Festa Major will close with a castle of fires from three different points so that it can be seen from the balconies of the whole city..

Link to program and Isagoge Festival.