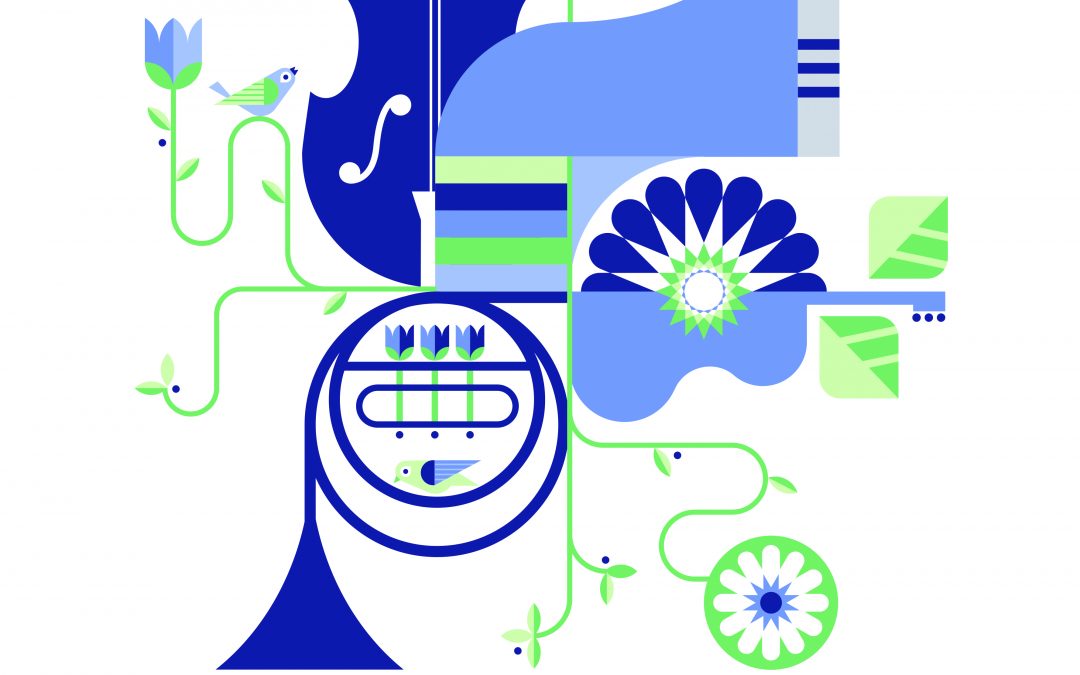 The concert of the Orquestra Julià Carbonell de les Terres de Lleida, with the tenor Roger Padullés, officially opened a new edition of the Cervera Easter Festival, on Saturday 27 March.

The performance of the OJC filled the capacity of the University Auditorium, with all the localities exhausted, like the Casals Quartet concert, Sunday 28.

The OJC premiered its program “Two Universal Teachers and One for the Future: Manén, Gerhard and Bertran ”. Orchestral works such as “Miniatures” by Joan Manén and “Cançoner de Pedrell” by Robert Gerhard could be heard, two universal composers to whom the beer contest pays homage in this edition. Moisès Bertran's "Three Songs of Acadia" was also performed, composer born in Mataró on 1967 and currently established in Colombia.

The inaugural concert was attended by the head of Cervera, Joan Santacana; the chairman of the council of Lleida, Joan Talarn; the territorial delegate of the Government of the Generalitat in Lleida, Ramon Farré; the general director of Popular Culture of the Ministry of Culture of the Generalitat, Blasco Angels; the Councilor for Culture of the Paeria de Cervera, Mercè Carulla; the head of the music department of the ICEC, Xavier Cester; and the artistic director of the Festival, Jordi Armengol.

The activities of the Festival began earlier with a conference entitled “Robert Gerhard. Beyond exile ", by Oriol Pérez Treviño, curator of the exhibition that opened shortly afterwards at the Museum. This exhibition can be seen in Cervera throughout the festival and until 2 May.

On Sunday the Pau Casals Quartet offered the concert entitled ‘Remembering the Renaissance Quartet’, in which an emotional thread of 100 years that has linked these two major groups. On the one hand, the extraordinary Casals Quartet i, for the other, the Renaissance Quartet, led by Eduard Toldrà, which just a century ago closed its impressive trajectory with a concert at the Palau de la Música.

Parallel activities have also followed·leles of the Festival with the screening, this Sunday afternoon, of the documentary “Joan Manén, variations without theme ”. This audiovisual work follows in the footsteps of the Joan Manén Association in its four-year journey to recover this great figure in music.. The documentary was directed by Jaime Ballada and Daniel Torres of Marcial Audiovisual.

This way, a first week of concerts closes and Cervera is already preparing for next week, in which the musical activity will resume from Thursday 1 d'abril.
The festival will continue with more parallel activities·leles, together with the performances of the artists Carles Marigó and Jaume Sangrà with their installation·#BombollaSegura, Júlia Farrés and Daniel Blanch, local desperate, Juanco-Monge Quartet, Anna Puig and Jordi Castellà, Àlex Garrobé, Symbiotic Duo, Xuriach Company and the Chamber Choir of the Palau de la Música Catalana with Xavier Puig.