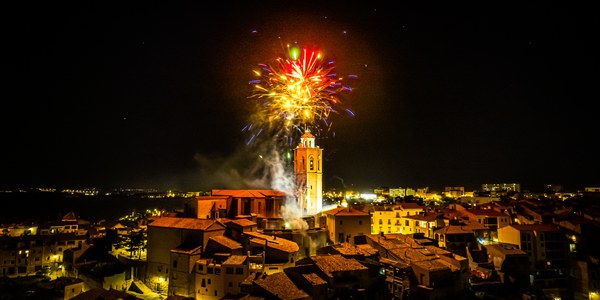 Friday 24 on Monday 27 of September Cervera has lived the Festa Major, which has presented activities for all audiences and in various spaces, in order to decongest the central area and avoid congestion due to the pandemic.

the activities, with limited capacity and prior reservation, they exhausted all the localities, which were free. The only paid concert, the performance of Els Pets at the Gran Teatre, it was also a success. The rest of the concerts took place in the marquee set up in the "Silos", with performances by rock group Smoking Souls, the habaneras with Els Pescadors de l’Escala and the renowned La Principal de la Bisbal orchestra.

Popular culture has taken to the streets again, after the parenthesis of the year 2020, although no parades were held and the lights took place in a single space, the square of Cal Racó, with limited capacity.

The meeting of giants, planned in the Plaza del Sindicat, moved to the multipurpose pavilion due to rain. They participated 10 gangs and celebrated the 30th anniversary of the giants Nasa Tabaco and Roger de Fonollar, with its designer and builder, Alba Cuñé; the Giants of Cervera and all the public that could accompany them.

This year the wheelbarrow has also returned, by the Devils Dance Cervera Carranquers, at the corner of Santa Maria; i el concurs de colles sardanistes, which has reached its 60th edition, in University Square…

The Festa Major Petita, which is held on Monday, he also made the lights of the procession in the square of Cal Racó, with the participation of students from schools and children’s groups from local entities. A new item was released this year, the Dear Savina, of the school Les Savines.

The attractions this year went col·located on Avinguda de l’Esport, a large and spacious area, to be able to avoid congestion and prevent Covid-19.

The Festa Major began on Friday with the recognition of the Associations of Families and Alzheimer's Patients and the Ondara-Sió and El Pregón Mental Health Association., this year by the young brewer filmmaker Jordi Boquet Claramunt (Gaudí Award 2021 to the best short film for "Neither oblivion nor forgiveness").

It closed on Monday with the Castle of Fires, which was projected from different parts of the city so that it could be enjoyed from the houses.

According to the Councilor for Festivities, Mireia Brandon, the program "was designed for all audiences and diversified the spaces with the intention of distributing the festivities throughout the city and avoid crowds in the center by the pandemic".