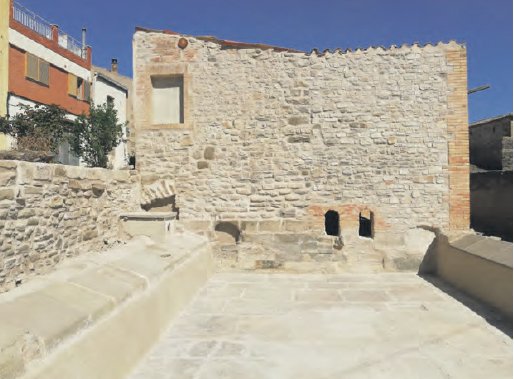 s events begin Thursday 12, them 17 hours, in the chapel of Our Lady of Fire with the opening of the exhibition to commemorate the 10th anniversary of the cultural association The Bell Cervera.
The exhibition includes posters, booklets, cards, bookmarks, calendars and albums of all activities organized by the company throughout this decade of life.
The exhibition, which can be seen to 23 September, also presents a collection of photographs that show the history of Bell Cervera.

The Thursday, them 19 hours, the art historian Mónica Piera made a tour of the former home of Marie Degree, Casa Duran and current Sanpere.
Entitled The female House ', wants action visualize the role of Marie Degree and Eulalia Duran, wife and daughter of Agustin Duran Sanpere, that history has relegated in the shadow of his figure.

Signed Stories 'We do laundry', directed by Patricia McGill, Friday 13, them 22 hours, s’inaugura recovery utility San Francisco. Besides, will be screened images of the restoration process, they have allowed the utility, dating from the thirteenth century, recovers its original appearance.

Sunday 15, them 12.30 hours, inaugurated the exhibition 'The paths of the poet ', a tribute to the poet Jaume Ferran Cerverí. Cerverina Art Space will host a musical performance and a poetry reading accompanied by a space dedicated to Jaume Ferran, where life review, themes and images of his work. Within the gallery space, lived his 'body' literary, cuts Jaume Ferran's life and his artistic side, by graphic designer Luis Serrano Oriol, to establish a dialogue between the poet and the landscape of his childhood, Segarra.

Link to the program of the festival and Isagoge.