Comes the festival of Santo Cristo in Cervera 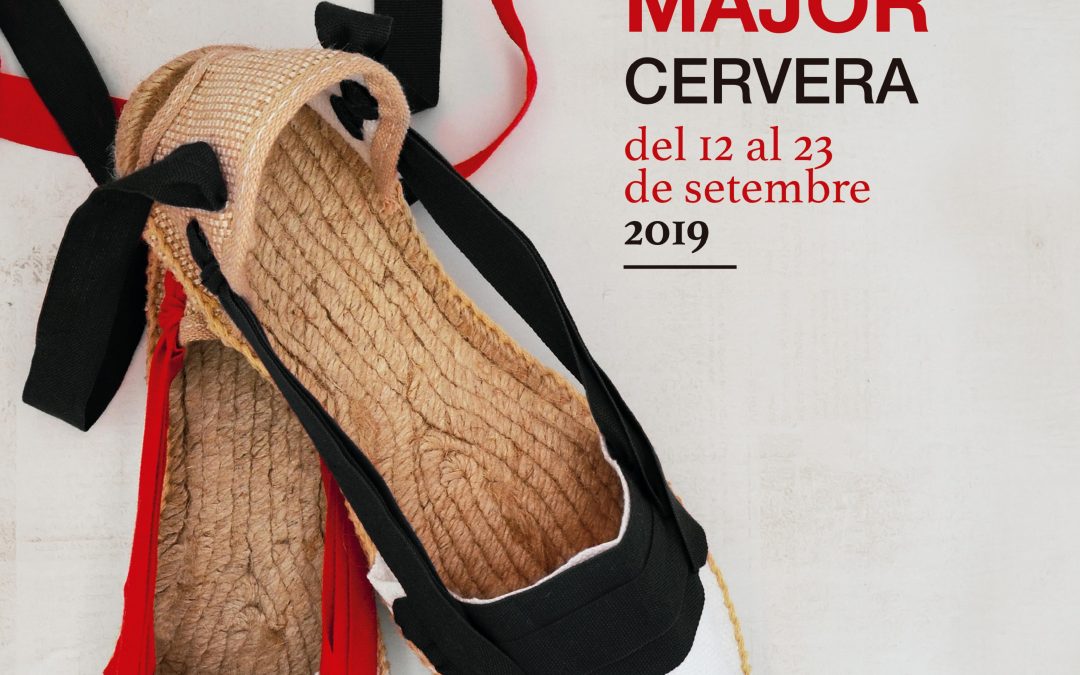 Of the 21 al 23 September is celebrated big city, the Festival of the Holy Christ, presenting a program that combines traditions with more recreational activities for all ages.

The main new features this year is the opening of the Festival and Black Giant story Segamots.

He giant Black s’estrena, Saturday 21 to take, coinciding with the 38th Meeting of giants. It is a giant recreating a giant Cerverí which was part of the Brotherhood of the Holy Spirit, Giant carriers between the sixteenth and nineteenth centuries, and there is evidence that he participated in the celebrations between Cervera 1916 and the 1920, when he disappeared. now, 100 years later, recovers for the procession of the city.

Pel que fa a la music program, Madrid's punk rock group Boikot will be headlining the concert on Saturday 21, Cervera along with The Pink Goats Beatz and DJ David. Friday 20 Remember there will be a festival of the year 90; Sunday 22, a variety show; and Monday 23, concert and dance with the Orchestra Swing Latino.
All these events, with free admission, will multipurpose pavilion.

The popular culture té un especial protagonisme a la Festa Major, that fills the streets with parades and festive procession out of the city.

Saturday afternoon held the 38th meeting of giants Cervera, with the participation of 12 groups of giants, Deer Tibau and the percussion group Bombollers Cervera. When you finish lluïments gang, them 20.30 hours, carretillada comes Festival, by the Devils Dance Cervera Carranquers, at the corner of Santa Maria. This year will mark the 25th anniversary special of Carranquers.

Sunday morning, The festive procession out of the city, with its dance show full of dance, music and traditional streets and the main square, which makes lluïments. The square is also home to the 58th sardana dance group competition. In the evening it is the turn of the Day towers, in Plaza Santa Ana, with the participation of Margeners Guissona, Guardiola Castellers and Castellers de Sabadell.

Monday is dedicated to children with winter festival, which include the departure of courtship children of the city and the representation of the spoken Ball Devils Playground League Cervera Carranquers.