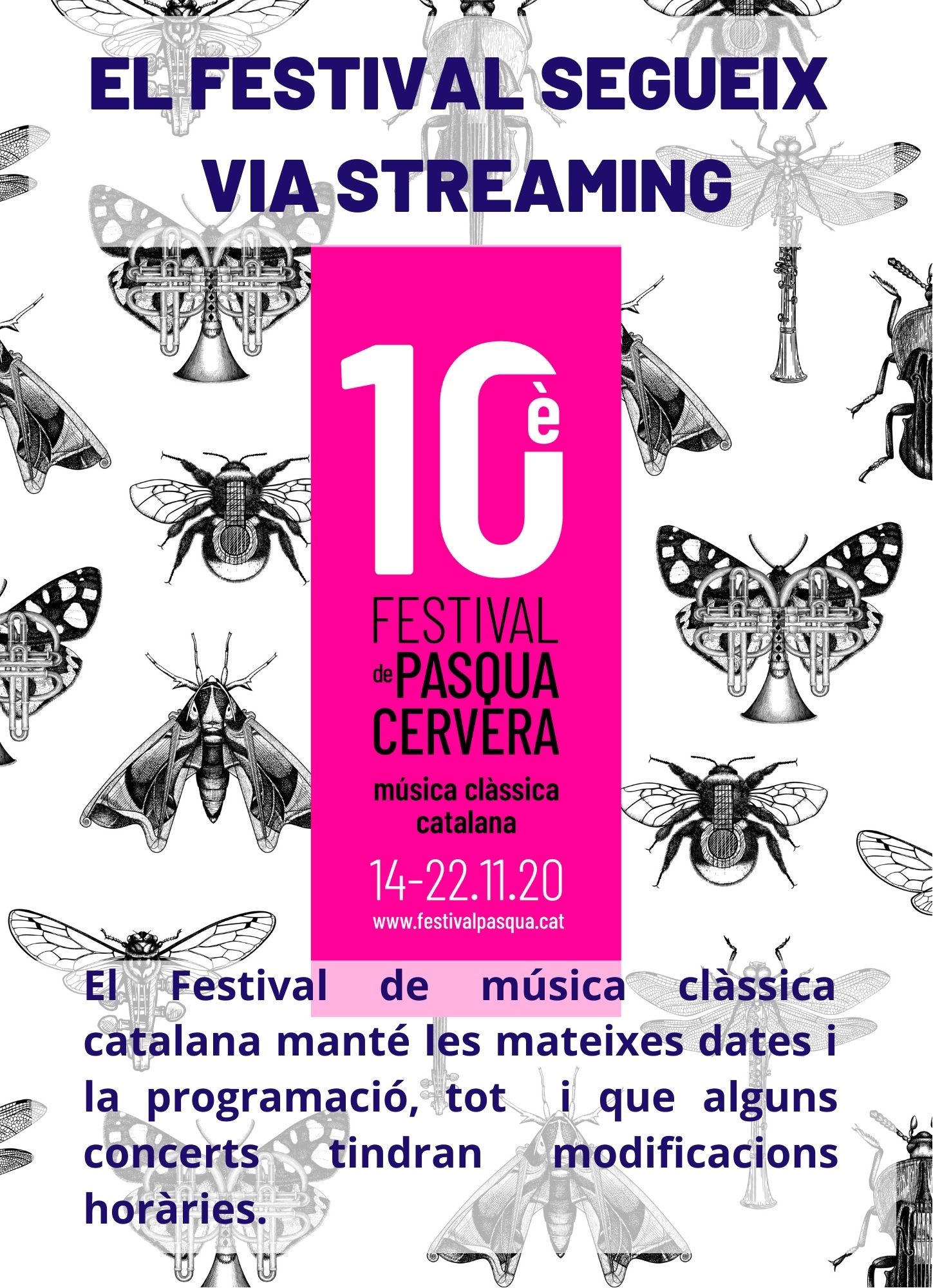 The 10th edition of the Easter Festival of Catalan classical music, which was to take place in April, will be made of 14 al 22 November.

The Paeria de Cervera has decided to reschedule this year’s Easter Festival, which was initially scheduled to take place in early April, but which had to be postponed due to the Covid pandemic.

The new dates will be from 14 al 22 of November 2020 i, This way, the tenth anniversary of the event can be celebrated. As usual, the programming prepared by the artistic director, Josep Maria Sauret, will feature several absolute premieres and shows specifically designed to live within the framework of the festival.

Obviously, the benchmark contest of Catalan classical music will have the strictest health safety measures within the framework of the guidelines set by the Generalitat in the fight against Covid.

Over the next few weeks, the Festival's program will be announced, paral·lelament, advance tickets for the various concerts scheduled with approximately one will go on sale 20% discount. Anyone wishing to attend the Festival's concerts must reserve their ticket in a computer application to guarantee traceability and comply with all safety regulations..

At the same time, the festival presents new poster and new graphic on the occasion of the tenth anniversary.